USA's Justin Gatlin competes in the Men's 200m Semifinal during the athletics event at the Rio 2016 Olympic Games in Rio de Janeiro on Aug. 17, 2016.
Johannes Eisele—AFP/Getty Images
By Sports Illustrated

Gatlin finished third in his heat, running a time of 20.13 seconds. He did not lean at the finish line which may have proven costly, as his time alone was not enough to place into Thursday night’s final. The qualification format places in the top two finishers from three semifinal heats, then takes the next two fastest times to fill out the final round.

After the race, Gatlin mentioned he had a stiff ankle. He is expected to run in the 4×100 meter relay with the U.S. team.

Gatlin won silver in the 200 meters at last summer’s world championships, behind Jamaica’s Usain Bolt, who is the favorite in Thursday’s main event. 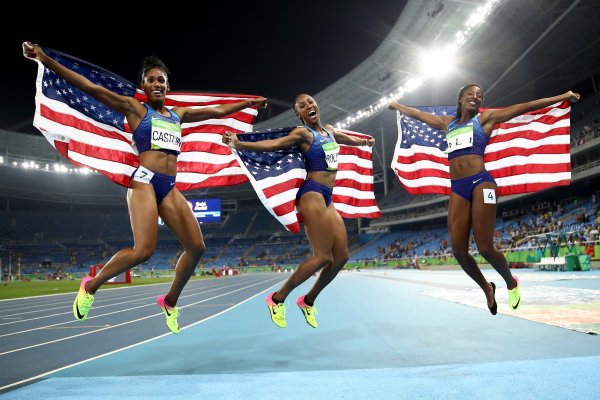