A Minnesota man was charged Tuesday after allegedly punching his 4-month-old daughter, who later died at a hospital as a result of her injuries.

Cory Morris, 21, faces a second-degree intentional murder charge in the baby’s death, the Star Tribune reports. The baby, named Emersyn Morris, was lying on her bedroom changing table when Morris punched her repeatedly, according to the report.

Morris told police he lives with the baby’s mother and was watching TV on Saturday when she began to make noises, according to the Star Tribune. He placed her on the changing table, and when her noises did not stop, he hit her with a closed fist to quiet her.

“This poor baby, just 4 months old, died at the hands of her father, who has admitted to punching her 15 times with a closed fist and hitting her seven times in the chest,” Hennepin County Attorney Mike Freeman said, according to CBS Minnesota.

In an emotional Facebook post on Monday, Emersyn’s mother Jennifer Andersen, wrote the baby was “left in the care of her father like normal” while she was at work.

“There are no words to describe the immense hurt I’m going through right now,” Andersen wrote. “Emersyn was my whole entire world & now she’s gone. My heart is absolutely shattered.” 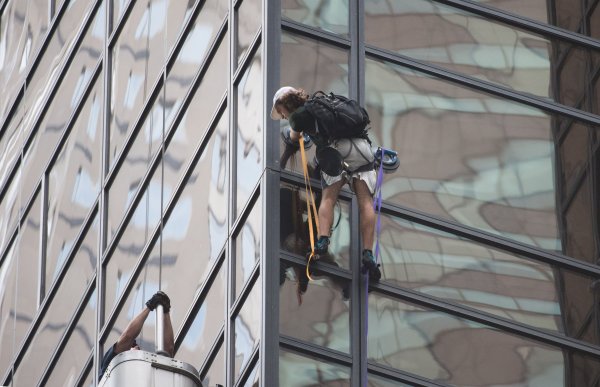