13-Year-Old Who Killed Himself Over Bullying Mourned at Funeral: ‘He Was the Glue of Our Family’

The 13-year-old Staten Island boy who committed suicide after being bullied by classmates at school was remembered at his funeral Wednesday as the family’s “saving grace” and “glue” that held them together.

Mourners wept as the parents and sisters of Daniel Fitzpatrick bid farewell to the teenager during emotional eulogies delivered before about 300 people, according to the New York Daily News. The newspaper first reported on the boy’s death last week, publishing a letter he wrote about how his pleas for help at school were apparently ignored.

“I gave up,” the teenager wrote. One of his sisters found him dead late last Thursday, after he hanged himself with a belt, according to the Daily News.

Daniel, the youngest of four children, was the “center” of his family’s world, his oldest sister Eileen, 24, said at the funeral, the newspaper reported Wednesday. “He was the glue of our family,” she said. “He was the favorite. We would have gone to the ends of the earth for our brother Danny.”

The tragedy and the family’s heartbreak touched thousands of people in the country after it went viral this week. More than 3,000 people have donated more than $125,000 to an online fundraising page set up help Daniel’s family bury him.

The teen’s mother, Maureen, remembered her son’s “beautiful smile” and told the crowd that he was “funny, handsome, gracious, kind.”

“From the moment Danny was born, he was the saving grace and light of our family,” she said. “Mommy loves you with all my heart and soul. I’ll see you later, and I thank God for giving me you.” 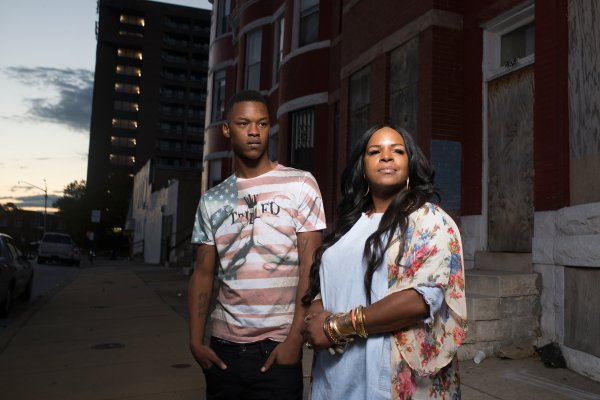