French Prime Minister Manuel Valls gestures as he addresses lawmakers debating a measure that would extend a state of emergency declared by the French president until the end of February, at the National Assembly in Paris on November 19, 2015.
Francois Guillot—AFP/Getty Images
By Daniel White

French prime minister Manuel Valls has entered the fray over full-body swimsuits, known as “burkinis,” offering support for several coastal towns that have banned them from beaches.

Valls said Wednesday that wearing a burkini is “not compatible with the values of the French Republic,” The Guardian reports.

There is a growing debate in France over burkinis, which are worn by some Muslim women, with three seaside towns banning the swimsuit, including the island of Corsica. Valls said he supported local actions, but he did not call for a nationwide ban. 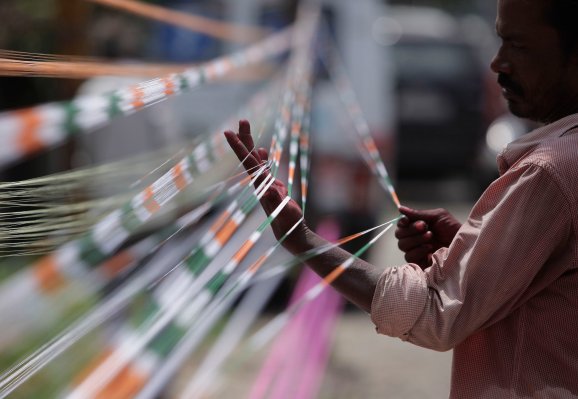 2 Children, 1 Man Die After Kite String Slits Their Throats in India
Next Up: Editor's Pick