Wildfires play an important role in rejuvenating forests, but there is nothing natural about the devastating blaze that has consumed 4,000 acres near Clear Lake in Northern California. Authorities have said that the fire, dubbed the Clayton fire, is the direct result of the actions of a onetime inmate firefighter who now faces 11 counts of arson.

Arson ranks as the most obvious in a long list of the ways that humans cause and worsen wildfires, making them disasters that are less than natural. Nine out of 10 wildfires are the direct result of human activity, a long list that includes poorly attended camp fires, discarded cigarette butts and equipment use. More than 2.4 million acres burn each year as a result of human-caused fires, according to a National Interagency Fire Center report.

Human-caused global warming has also contributed to more frequent and severe wildfires, scientists say. Warm weather and a lack of water kills trees, creating kindling for fires, and heat increases the length of the wildfire season. And, because temperatures tend to be hotter and drier than in previous generations, firefighters often struggle to put out blazes. The length of fire season increased by 19% between 1979 and 2013, according to recent research, as temperatures have spiked due to climate change.

Not all wildfires have human fingerprints on them and the phenomenon can actually improve the health of forests by clearing debris and nourishing the soil, functions wildfires have carried out for ages. But officials estimate that only 10% of wildfires have natural causes, almost entirely lighting strikes. The cause is not yet known for the latest wildfire to hit California, a fast-moving blaze that had engulfed nearly 47 square miles in the southern part of the state by Wednesday.

Wildfires often rank among the most devastating natural disasters in the U.S. Last year, more than 10 million acres burned across the country, at a cost of more than $1 billion to the federal government. 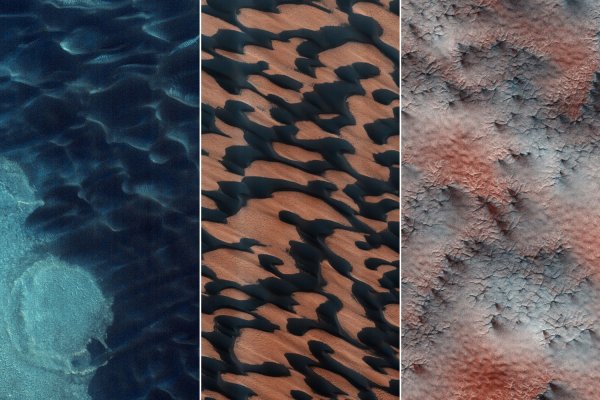 The Best New Images from the Mars Reconnaissance Orbiter
Next Up: Editor's Pick