The U.S. State Department has warned players of Pokémon Go in Southeast Asia to be careful, in case they step on land mines and blow themselves up.

A tweet Tuesday, from the Bureau of Political-Military Affairs, the State Department subdivision that coordinates with the Pentagon, read: “Playing #PokemonGo in #Cambodia #Laos #Vietnam? Beware of #landmines or anything that looks like an old bomb!”

The tweet used the hashtag #UXO — short for “unexploded ordnance,” a blanket term for various explosives that were utilized but never detonated. Attached to the tweet was a screenshot from Pokémon Go: a Pidgey in the foreground and an individual sweeping for mines behind it.

It is unclear why this tweet happened. It is also somewhat ironic: many of the unexploded ordnances in Cambodia, Laos, and Vietnam are there because of the U.S. forces that conducted war in the region half a century ago. 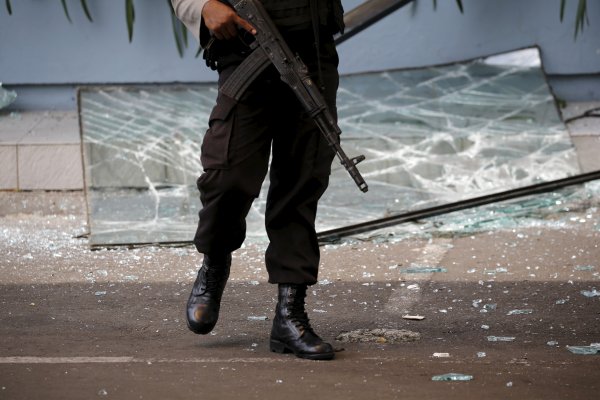 Overseas Money Is 'Financing Terrorism in Southeast Asia'
Next Up: Editor's Pick