Bears Ears, in Utah, which Native American tribes want the Obama administration to declare a national monument.
George Frey—Getty Images
Ideas
By Robert Redford
Redford is an actor, a director, a trustee of the Natural Resources Defense Council and co-founder of The Redford Center.

Red-rock canyons, wide-open plateaus and steep, rugged mountains: Utah has been my home for over half a century. I feel a strong sense of connection to this state, its people and its landscapes, as many of us feel toward the places we call home.

Here in the rural American West, that connection to the land is still very much alive, especially for the cultures that are inextricably linked to these sandstone mesas and high alpine meadows. Ranchers are intimately familiar with the lands on which they run livestock. Hunters know where to find elk and deer in late fall. Native Americans have inhabited these landscapes since time immemorial and still harvest herbs, collect firewood and perform ceremonies on their ancestral grounds. As Westerners, we feel a sense of ownership over public lands not only because we use them, but because we belong to them and have stewarded them for generations.

Over time, our national monuments commemorate the contributions of underrepresented portions of our history and population. Today there is a proposal for a new national monument in Utah that recognizes and celebrates human relationships to land.

Bears Ears National Monument has been proposed by an unprecedented coalition of Native American tribes whose connections to this cultural landscape run millennia deep. For the first time in history, five tribes—the Navajo, Hopi, Zuni, Ute Mountain Ute and Uintah Ouray Ute—have joined forces to call on the President of the United States to designate their sacred ancestral lands as a national monument for future generations.

Named for a pair of iconic twin buttes that in every Native language translate as “Bears Ears,” the proposed monument encompasses 1.9 million acres of high desert plateau in southeast Utah. All five tribes of the coalition trace an unbroken line of ancestry here, reaching back thousands of years. Within the proposed boundary lie more than 100,000 archaeological sites that Native people recognize as the dwelling places of their Ancestors. Every canyon and alcove holds significance for tribal members who utilize these lands for subsistence and ceremony.

Despite the cultural significance of this area for Native people—and in a sense, because of it—Bears Ears is facing serious threats. Looting, vandalism and grave robbing continue to this day, with half a dozen cases reported so far in 2016 alone. As Americans, we would never tolerate desecration of the cemeteries of our pioneers or founding fathers. Yet that is precisely what is taking place within Bears Ears. Oil and gas speculation, as well as uranium and potash mining, also threaten to disrupt the ecosystems upon which we all depend.

Secretary of Interior Sally Jewell visited the proposed Bears Ears National Monument in July and met with a diversity of grassroots residents who all care deeply about these homelands. As she observed, “There is a desire to protect what’s here for future generations. That has been consistent no matter who I have spoken with.” I hope Secretary Jewell accepts the opportunity to honor both Native Americans and rural Utahns by recommending that President Obama act to protect Bears Ears. Ongoing stewardship and access to the land is essential to both cultures.

The Bears Ears proposal is unique in that it celebrates the timeless bond between people and place. We all feel that bond, whether you’re a cowboy working the land for a living, a passerby enjoying the freedom of the open range or a Native American whose people have lived here since time immemorial, with stories and songs that run as deep as the canyons of the Colorado River.

That is why I stand with the tribes and a broad coalition of supporters throughout Utah and across the United States asking President Barack Obama to permanently protect Bears Ears as a national monument. These 1.9 million acres and the cultures connected to them are profoundly deserving of our respect. Bears Ears National Monument is an opportunity to honor the land and all the people by moving forward, together. 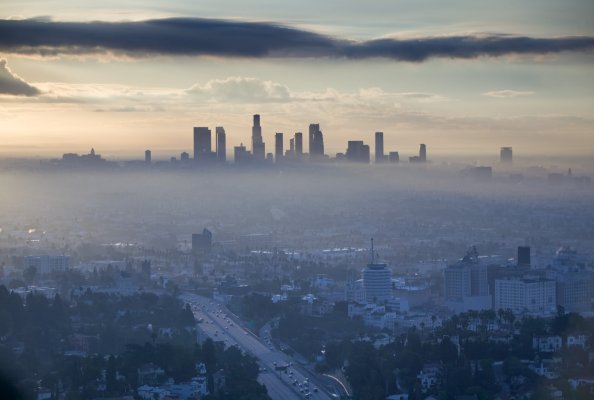