Looks like the U.S. and its allies have a new “axis of evil” in the Middle East: Syria, Iran and Russia. The growing pro-Moscow alliance got a big boost Tuesday after Iran allowed Russia to fly its bombers from one of its bases to attack rebels in Syria.

Relations between Iran and Russia continue to warm. Moscow recently provided Tehran with a sophisticated air-defense system after Iran agreed to international curbs on its nuclear-development program. It’s another poke at Russia’s growing influence in the region at the expense of the U.S., which has steadfastly declined to involve itself in the bloody Syrian civil war.

“The Russians are out to win the `Great Game,’” says Anthony Zinni, a retired Marine general who oversaw U.S. military operations in this part of the world from 1997 to 2000. He’s referring to the 19th Century clash between the British and Russian empires for territory between them, focused largely in and around Afghanistan. “This time,” Zinni adds, the Russians are going “a little further west.”

“Moscow is once again flexing its military muscle, in bold and unexpected directions outside its immediate neighborhood—this time from Iran,” said David Barno, a retired Army lieutenant general who commanded all U.S. and allied troops in Afghanistan from 2003 to 2005. “It reminds us again that [Russian president Vladimir] Putin wants Russia to be seen once more as a major military power—and one that will not be shy about poking the United States and its friends in the eye at every opportunity.”

The Pentagon said the Russian military warned their American counterparts shortly before the bombing runs, giving U.S. warplanes time to get out of the way. “They informed us they were coming through, and we ensured safety of flight as those bombers passed through the area and toward their target, and then when they passed out again,” Army Colonel Christopher Garver told reporters at the Pentagon in a video conference from Baghdad. “They did not impact coalition operations in either Iraq or Syria during the time.”

Militarily, it doesn’t matter much—Russian bombers, flying from Russia, have been regularly attacking targets in Syria. But the development does allow Russian bombers to carry more weapons, because they don’t have to carry as much fuel for the shorter flights, roughly half the distance as those flown from Russian soil. It means a lot more, politically, as it makes explicit Moscow’s and Tehran’s mutual desire to preserve Syrian president Bashar Assad’s grip on power.

“Tu-22M3 long-range bombers and Su-34 tactical bombers took off from the “Hamedan” airbase (the Islamic Republic of Iran) and carried out a concentrated airstrike on objects of the ISIS and Jabhat al-Nusra terrorist groupings,” Russia’s ministry of defense said in a statement.

Targets included five ammo depots, three rebel command posts, rebel training camps “as well as a significant number of militants,” the Russian military said. Its list of targets echoed those put out daily by the U.S. military since it began bombing ISIS rebels two years ago.

Assad has been waging a civil war against varied rebel groups inside his country for more than five years. The conflict has killed an estimated 400,000 people, created 7 million refugees inside the country and 5 million outside—a wave of humanity that has flooded Europe and generated instability across the continent. The civil war, and turmoil in neighboring Iraq, also created a vacuum where ISIS declared a caliphate more than two years ago.

The Russian attacks on the two Sunni groups from Iran, a Shiite-run theocracy, highlights the rift between Islam’s two major branches. The attacks, concentrated in and around the rebel stronghold of Aleppo, killed dozens, according to the Syrian Observatory for Human Rights, a British-based war monitor. The U.S. has accused Russia of indiscriminate bombing in Syria. Aleppo, Syria’s largest city, is split between Assad’s forces and those held by the rebels. Taking the entire city back from the militants would represent Assad’s biggest victory in the civil war.

Launching the Russian attacks apparently crossed two geo-political thresholds: it marked the first time the Iranians permitted a foreign power to use one of its bases to launch an attack since 1979’s Iranian revolution. It also marked the first time Russia has used a third nation (other than Syria and Russia itself) to attack targets inside Syria. Moscow has been flying smaller planes out of a base in Syria, but its runways aren’t long enough for the bombers.

The Russian planes flew from and returned to Hamadan air base, in northwestern Iran, apparently after Iraq allowed them to traverse its airspace. The facility is also known as the Noje air base, in honor of U.S.-trained Captain Mohammad Noje, the first Iranian pilot killed in action. He and his co-pilot died after Kurdish rebels shot down their U.S.-made F-4 fighter in August 1979. The bombing runs launched Tuesday took place on the 37th anniversary of their deaths. 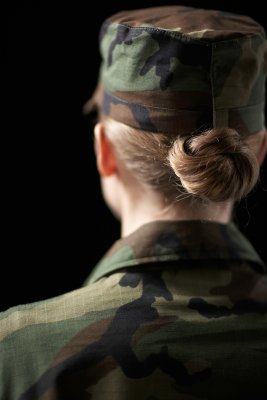 Female Marine Officer Drops Out of Infantry Course
Next Up: Editor's Pick