Thousands of Australian have taken to the streets during a protest demanding that refugees not be sent back to Nauru or Manus Island on March 20, 2016, in Melbourne
Recep Sakar—Anadolu Agency/Getty Images
By Amanda Calvo

The response comes after the leak of 2,000 case reports detailing the extent of sexual and physical violence and poor living conditions in Australia’s offshore detention camps, according to Agence France-Presse.

The Nauruan government maintained that the claims in the documents were “fabricated” by asylum seekers hoping to relocate to Australia.

“Most refugee & advocate claims on Nauru fabricated to achieve goal to get to Aust. So called ‘reports’ based solely on these claims,” the government tweeted Tuesday.

Accounts from those in detention on Nauru, documented in the dossier, include reports of denial of medical care, physical and sexual abuse from locals, inhumane living conditions, and instances of self-harm and suicide, as well as a litany of mental-health problems.

Last week, Australia’s Immigration Minister Peter Dutton said some of the allegations of sexual assault in the files were false.

“Because in the end people have paid money to people smugglers and they want to come to our country,” he said. “Some people have even gone to the extent of self-harming and people have self-immolated in an effort to get to Australia and certainly some have made false allegations.”

The leaked files have sparked fresh scrutiny into Australia’s policy of processing asylum seekers in offshore camps and reignited calls for a parliamentary inquiry into conditions in these offshore detention centers. 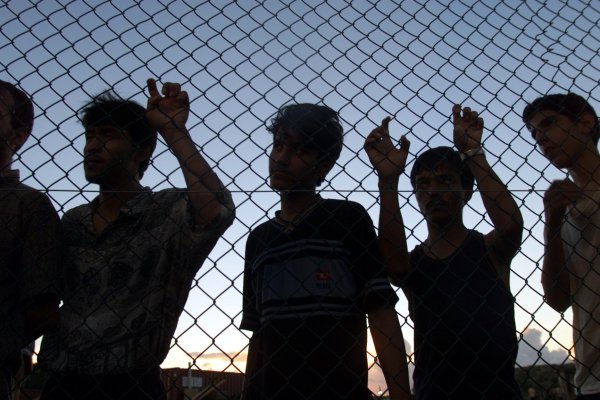 Documents 'Describe Abuse' At Australian Camp
Next Up: Editor's Pick