Soldiers, medics, rescue teams and officials work on Aug. 15, 2016, at the blast scene where two officers and one civilian were killed when a car bomb exploded outside a police station near the southeastern Turkish city of Diyarbakir
Reuters
By Nash Jenkins

A car-bomb explosion in southeastern Turkey killed at least seven people and injured more than 20 on Monday, al-Jazeera reported.

The blast occurred outside a police station close to Diyarbakir, a city in Turkey’s restive southeast. Four police officers, and a child, were among the dead.

Local officials have pinned the attack on the separatist Kurdistan Workers’ Party (PKK), which the Turkish government identifies as a terrorist organization. The conflict between the group and the Turkish government, which began in the early 1980s, has recently escalated. Monday’s attack was the third in the past week to be blamed on the PKK. 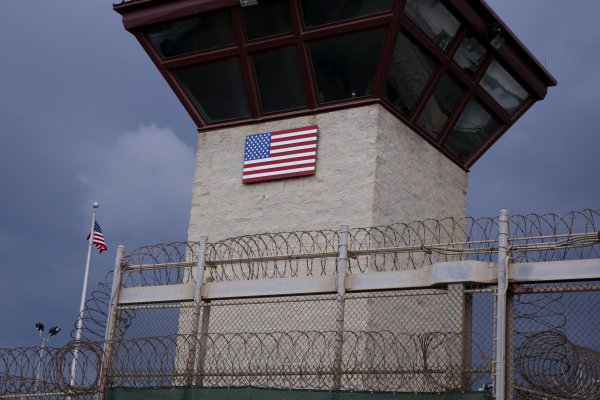 U.S. Transfers 15 Guantánamo Detainees to UAE
Next Up: Editor's Pick