OkCupid is urging Mozilla Firefox users not to use the browser out of protest over Mozilla’s new CEO, whom OkCupid called an “opponent of gay rights.”

Mozilla CEO Brendan Eich, who was hired on March 24, has faced scrutiny for having made a $1,000 donation in 2008 in support of California’s Proposition 8, which banned same-sex marriages in the state. OkCupid prompted visitors to use alternative browsers in a letter that appeared only to Firefox users on OkCupid’s site on Monday.

“We’ve devoted the last 10 years to bring people — all people — together,” OkCupid’s letter reads. “If individuals like Eich had their way, then roughly 8% of the relationships we’ve worked so hard to bring together would be illegal.”

A representative of Mozilla denounced the protest in an emailed statement to TIME. “Mozilla supports equality for all, including marriage equality for LGBT couples. No matter who you are or who you love, everyone deserves the same rights and to be treated equally,” the statement read. “OkCupid never reached out to us to let us know of their intentions, nor to confirm facts. ” 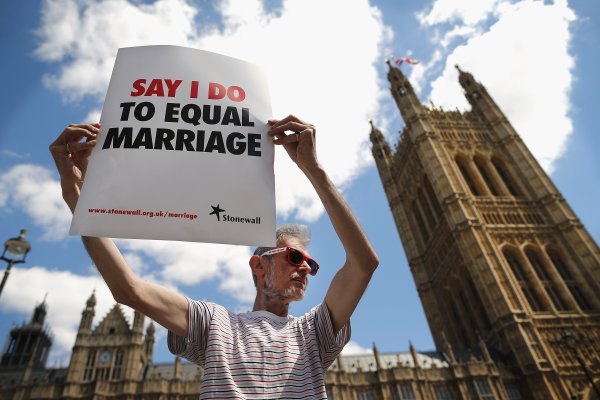 England Prepares For First Same-Sex Weddings
Next Up: Editor's Pick