Pennsylvania Father Took His Kids to a Theme Park Before Killing Them, Officials Say

Willow Short, 4-month-old, center, along with her parents Megan and Mark and sister Liana, 6, and brother Mark, 3, poses for a photo in Sinking Spring, Pa. on Sept. 1, 2014.
Susan L. Angstadt—Reading Eagle/AP
By Melissa Chan

A Pennsylvania father took his three children to Hershey Park one day before he fatally shot them, their mother and their family dog in a murder-suicide earlier this month, authorities said.

Mark Short Sr. and his family were found dead with gunshot wounds in the living room of their Sinking Spring, Pennsylvania home on Aug. 6, according to prosecutors. District Attorney John Adams said Monday that the 40-year-old father was the shooter and that he had penned a suicide note after killing his 33-year-old wife Megan Short, their children — 8-year-old Lianna, 5-year-old Mark Jr., and 2-year-old Willow — and their dog.

Each child suffered one gunshot wound and they were found on the floor in their pajamas near blankets and pillows, officials said during a news conference Monday.

Authorities did not reveal the contents of Mark Short’s suicide note, but Adams said the one-page letter showed he was “emotional” about his separation from his wife. The couple had “domestic issues,” according to prosecutors.

“Suffice it to say, based upon our investigation, we were able to tell you that he was going through the break up of a marriage and he was emotional about that,” Adams said.

The couple’s youngest child had made headlines in 2014 after she had a heart transplant. 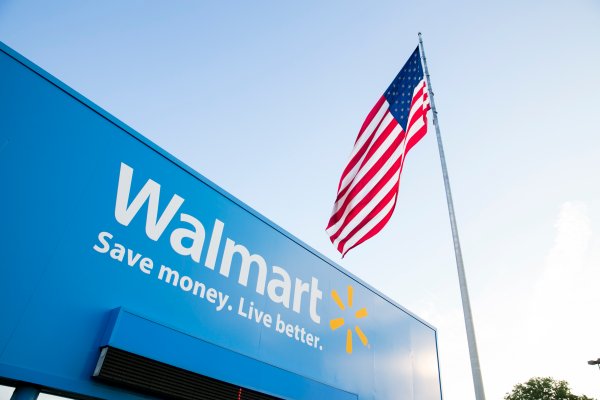 Low Prices, High Crime: Inside Walmart's Plan to Crack Down on Shoplifting
Next Up: Editor's Pick