Why I Stopped Playing No Man's Sky

I spent roughly 12 hours and $60 on No Man’s Sky this past weekend. And I don’t think I can go back.

That’s not because it’s bad — it’s wonderful, in the truest sense of the word. I stopped because of the way the game was making me feel.

No Man’s Sky is, on paper, a multiplayer game about exploring outer space. But because the game’s mathematically generated universe is so big — it has upwards of 18 trillion planets to explore — you’ve got better odds of your PlayStation becoming sentient than you do of finding other players. Yes, there are non-player characters, but like most NPCs, they’re devoid of anything resembling humanity. In this universe, you are truly alone. And that loneliness is only amplified by the lack of plot or objective, the presence of which might distract players from the emptiness of the void. (Compare it to, say, Freelancer, a 2003 space sim with lesser ambitions but a gripping narrative for its time.)

The game so powerfully delivers that sense of loneliness that, after hours-long sessions, I felt myself carrying that emotion with me into the real world. Other than gaming, I spent this weekend with good friends and my soon-to-be wife; I had no reason to feel lonely aside from No Man’s Sky. It’s a remarkable psychological reaction to a video game, or really any piece of media. It’s one thing for a game to make you feel excited, or anxious, or even scared (Alien: Isolation, anyone?). It’s much harder for one to make you feel so alone.

Read more: The Forever Game: Inside No Man’s Sky

No Man’s Sky creator Sean Murray should consider this an achievement. The title is clearly an effort to extend the realm of the possible in video games, and on this note it succeeds. But on a personal level, loneliness is not an emotion that I do particularly well with. (That probably explains why I spend so much time on social media.) Sure, there are days when I need some alone time, as does anyone. But I don’t choose to seek it out often — and for that reason I need to let this game go. 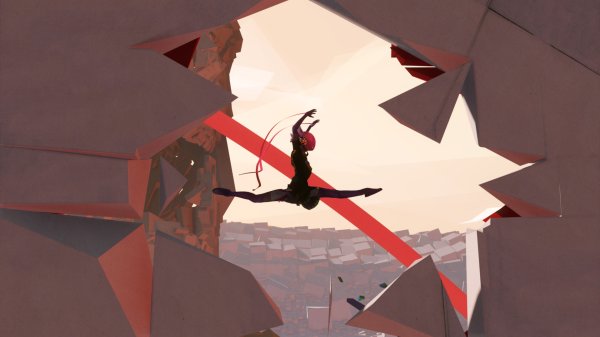 Review: 'Bound' Is Beautiful to Watch, But Not Very Interesting to Play
Next Up: Editor's Pick