How Tech Can Help the Visually Impaired

I grew up with a blind grandmother, who lost her vision to glaucoma. The medicine of the 1930’s and 1940’s, unfortunately, couldn’t prevent that fate. So from a very early age I was acquainted with someone with a serious disability. By the time I was three years old, I was part of the caretaker crew, often leading her around the house as we navigated various obstacles. One time, my aunt blindfolded me and made me walk around the house, so that I might better understand my grandmother’s life. The experience had a profound effect, making me much more sensitive to the world of the blind and otherwise disabled.

Today, as a technologist and tech observer, I try to imagine how tech can be used to help the blind. I’ve often written about how software and gadgets like audiobooks, speech reading apps, handheld scanners and more could be used to help the blind improve their lives. I have even gone as far as to explore concepts for assistance apps with a programmer friend.

I recently ran across an article in Forbes by a contributor named Seth Porges in which he writes about meeting a 19-year- old named Juan Pablo Ortiz, who created an app specifically for a sight-impaired friend.

“I wanted to make an application to help blind people improve their everyday lives,” Ortiz told Porges. “It can tell you what’s on a medical prescription or what type of money you’re holding. It can even scan a person and tell you if it’s a boy or girl, approximately what age they are, and what that person is doing.”

Porges was shown a demo of the app, named Avi. He explains that “after pointing it at various objects and documents, the app quickly relayed information such as ‘refrigerator’ or the exact text printed on a piece of paper. The app is currently in beta while Ortiz improves its accuracy, works out bugs, and increases the range of objects the app can detect.” Ortiz also said he would like to add compatibility with some type of voice assistant, such as Siri, Cortana or Google Now. Given that Apple is opening Siri to outside developers, he should be able to do just that for iPhone users very soon.

What stopped me in my tracks as I read this story is that, in a sense, a smartphone app like Avi could help blind people the way I aided my grandmother all those years ago. If only she had lived in our day and time.

Technology advances have helped the blind, and people with other disabilities, in so many ways. The visually impaired can use features like Apple’s Voiceover on MacOS to access and send emails. Similar voice-to-text software, like Dragon Dictation, is also a must-have.

As one who is very sensitive to issues concerning the blind, I am very excited about advances in artificial intelligence, smartphone scanning apps, and speech-to-text software. These technologies will continue to make it possible for those with visual impairments to have access to the kind of tools that can help them lead more productive lives — the Avi app in particular is a great example of what’s possible when technology addresses these needs. 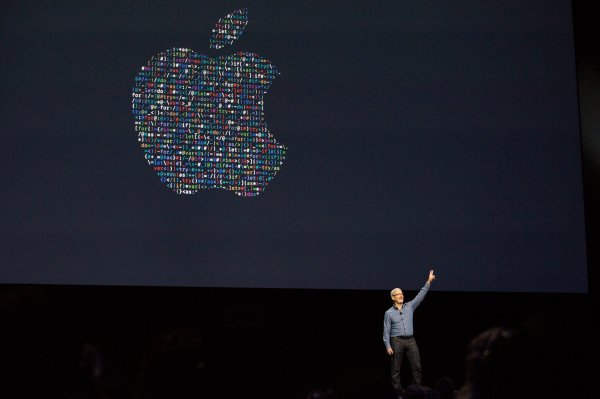 Here's Why Apple Isn't Doomed
Next Up: Editor's Pick