The Nightly Show With Larry Wilmore will air its last episode on Thursday at 11:30 p.m., Comedy Central announced on Monday. Meanwhile, Chris Hardwick’s @midnight will replace the 11:30 p.m. timeslot.

The network canceled Wilmore’s show because it hasn’t clicked with viewers, Comedy Central president Kent Alterman told the New York Times. The show’s ratings have fallen in the last year, even losing viewers to @midnight, which usually comes on after The Nightly Show. “Even though we’ve given it a year and a half, we’ve been hoping against hope that it would start to click with our audience, but it hasn’t happened and we’ve haven’t seen evidence of it happening,” Alterman said.

In a statement to The Hollywood Reporter, Wilmore said he was sad to end the show amid the 2016 election.

“I’m really grateful to Comedy Central, Jon Stewart, and our fans to have had this opportunity,” Wilmore said, and referring to his popular “Keep it 100” segment, added, “But I’m also saddened and surprised we won’t be covering this crazy election or ‘The Unblackening’ as we’ve coined it. And keeping it 100, I guess I hadn’t counted on ‘The Unblackening’ happening to my time slot as well.” 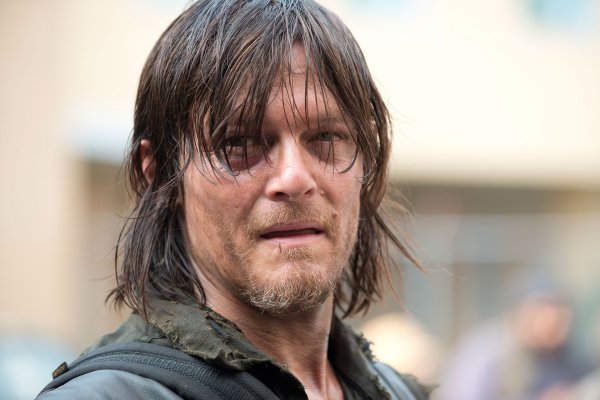 This New Walking Dead Clip Could Mean Doom for Daryl Dixon
Next Up: Editor's Pick