It is shockingly simple—revolutionary, and yet common sense: People should be free to make their own choices in their lives, as long as those decisions don’t adversely affect others.

I’m a fierce defender of civil liberties, perhaps because individual freedom is very personal to me. I decided at a very early age that I wanted the freedom to do what I want with my life, to achieve whatever my talents and determination would allow without hindrance from the government or anyone else who might want to take my freedom away. For me, achieving that personal freedom meant achieving financial freedom: Earning and saving enough money to fulfill my goals.

I started my own business as a handyman in Albuquerque while still in college. I learned a great deal, including how rewarding it is to work for yourself. Is it any surprise that two-thirds of millennials say that they want to be entrepreneurs at some point in their lives?

I also learned that a leader needs to be able to hire and to fire. I’ve also seen how small businesses can become big ones when they share the profits with employees, as I did.

Read next: Gary Johnson Is Pulling In More Money Than Ever

20 years after I started, my handy-man business had become a 1,000-employee construction venture. The freedom to be an entrepreneur and succeed made it possible for me to run for Governor of New Mexico—and to serve two terms. I was able to make a difference.

The financial and personal freedom I earned from my entrepreneurial hard work also allowed me to pursue my personal passions: Being a “fit for life” athlete, climbing the highest peak on each of the 7 continents, including Mt. Everest—and today, offering a simple approach to leading our increasingly complex nation. That approach is financial responsibility, less government, greater individual freedom, and a foreign policy that distinguishes between truly making us safe and engaging in ill-advised interventions abroad.

When government grows and takes more of our money in taxes, we lose freedom. My vision for America is straightforward: I want more freedom, not less, so that my children and millions of Americans, young and old, have the same opportunity to achieve their dreams that I have had.

I sometimes wonder: Why is it so difficult for so many to grasp that in a free society, we need to allow people to make choices, even if we might personally disagree with those choices and as long as they don’t harm others.

Defending someone else’s beliefs and non-harmful actions is defending civil liberties. And standing up for civil liberties and civil rights is the essence of America.

Conversely, when government tries to impose values on society and limit personal choices, it doesn’t work—and it shouldn’t.

Our nation learned from Prohibition that arbitrarily and unnecessarily banning behavior doesn’t work. The same lesson should be applied to marijuana. We need to stop criminalizing personal choices that do no harm to others.

Fortunately, the Supreme Court finally confirmed that the Constitution protects Americans’ freedom to marry who they wish. That decision was long overdue. Why do we need government to restrict marriage freedom?

I could go on, but the point is clear. America was founded on the notion of individual freedom and civil liberties. I am able to run for President today because I had the freedom to succeed and achieve. And the reason I’m running is that I want that freedom for others—especially our young people and generations to come.

Freedom isn’t complicated. It just requires us to remember who we are as Americans. Unfortunately, the politicians in Washington, Republicans and Democrats alike, have forgotten that simple, foundational American value. 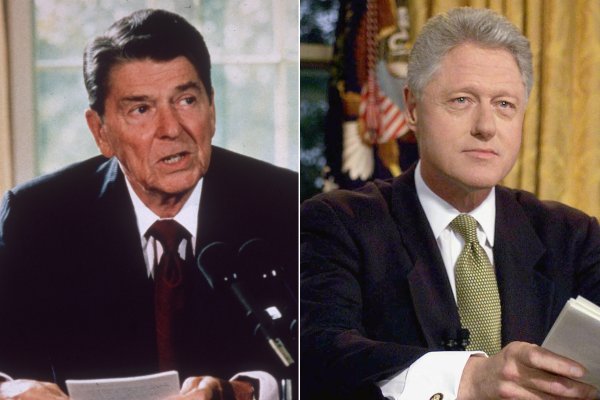