Donald Trump will revisit his proposed Muslim immigration policy in a foreign policy speech on Monday, and set out a vision for a United States waging war against ISIS and radical Islam.

The Republican presidential nominee is expected to say that any nation that shares the U.S.’s goal of destroying ISIS, regardless of underlying ideological divisions, should be considered an ally, the Associated Press reports.

In the speech, set to be delivered from Ohio on Monday, Trump will also lay out a new approach to immigration under which the U.S. would restrict visas for citizens of countries where the U.S cannot perform accurate security screenings. The new immigration policy is a new iteration of the controversial “total and complete shutdown” of Muslims entering the U.S, first announced in December.

The plan has taken many forms throughout the campaign. After Orlando, Trump said he would “suspend immigration from areas of the world when there is a proven history of terrorism against the United States, Europe or our allies, until we fully understand how to end these threats.” The latest, CNN reports, also includes a test to determine how visa applicants consider American values.

Trump considers his approach to global events as “foreign policy realism,” the AP reports. The U.S., he will say, is in a Cold War-like standoff with radical Islam. Trump’s remarks come on the heels of a stretch of off-the-cuff statements and off-message moments — including calling President Barack Obama the “founder” of ISIS — that have pushed top Republicans to put pressure on the candidate to stay focused. 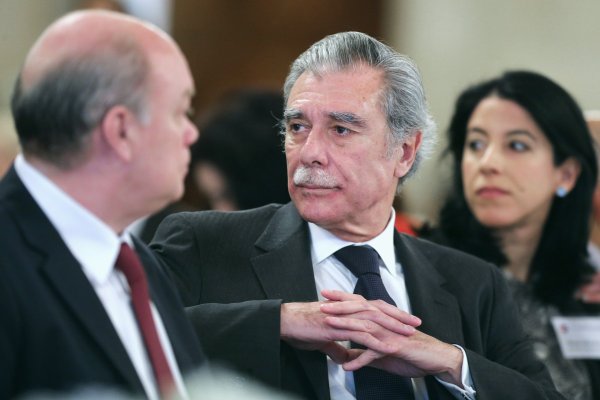