The Coup May Have Failed but Fear Still Rules Turkey

A man holds a Turkish flag during an anti coup rally at Taksim square in Istanbul, on July 26, 2016.
Petros Karadjias—AP
Ideas
By Andrew Gardner / Istanbul

Fear comes in many forms. A month ago, on the night of the bloody coup attempt here in Turkey, I together with millions in Istanbul and Ankara experienced gut-tightening fear as explosions shook our living rooms and gunfire crackled outside our windows. Downstairs my neighbours huddled in their bathroom, afraid for their safety and for the lives of loved ones. Outside, tanks rolled by whilst jets and helicopters filled the skies and civilians were gunned down by would-be putschists.

After it became clear that the bloody coup had failed there was huge relief, at least initially. But, like the acrid smell, fear still hung in the air. While large orchestrated rallies celebrating the defeat of the attempted coup brought an almost festive atmosphere at night, the mood on the streets during the day remained tense. Taut lips and furrowed brows had replaced the local shopkeepers’ usual smiles. Many others remained at home, watching and waiting nervously, unsure what would come next. Had the risk of a coup been averted? Could there be another violent attempt to seize power?

Underpinning this fear was the memory of brutal coups in Turkey’s past: of the detentions, torture and executions that followed the 1980 coup. Those who lived through it know the horror, whilst those too young to remember have heard the stories from their parents.

In the days after the failed coup, as the government crackdown began and the state of emergency was announced, the gnawing fear did not subside – it merely transformed. Over the month since the attempted uprising, more than 23,000 people have been detained and nearly 82,000 have been suspended or removed from their jobs. Anyone with any perceived link to the movement of U.S.-based cleric, Fethullah Gülen, accused of orchestrating the coup, has been targeted. Soldiers, police, judges, lawyers, academics, journalists, teachers, doctors and even football referees. Seemingly no one is immune.

While the government has the duty to ensure security, protect citizens, and prosecute those responsible for violent attacks on ordinary people, individuals should only be investigated and brought to justice where there is sufficient evidence against them. People must not be arbitrarily arrested, detained or punished. And that is where the government of Recep Tayyip Erdogan is failing.

The impact on individuals and their families has been huge. Those who have been suspended or fired will have difficulty finding other jobs. One new father I spoke to explained: “I think the reason for my suspension is because I am a member of a trade union,” he said. “I am back at work this week but proceedings are pending. I am very scared that if I lose my job I won’t get another and it won’t be possible to provide for my family.”

Having so many people suddenly dismissed has had significant consequence for the functioning of the state. One fifth of the judiciary has been suspended, fired, or detained. Other essential state functions, such as education, have been brought to their knees and cannot be rebuilt overnight. Members of the public are not the only ones afraid. Journalists, activists and lawyers are petrified of speaking out, lest they, too, become a target of suspicion.

Ironically, the mechanisms being used by the Erdogan government now are a legacy of Turkey’s past military rulers. The state of emergency law, passed in 1983, gives the government the power to impose curfews, ban demonstrations, and close businesses, foundations and associations. It gives police the power to stop and search people without judicial authorization. Several reports suggest that the police are using these powers to look at text and social media messages on people’s phones.

The law also gives the government power to rule by decree so they can pass laws unchallenged. So far two decrees have allowed habeas corpus to be suspended for up to 30 days, restricted the rights of detainees to consult with lawyers, and given state officials immunity from prosecution for carrying out duties under the decrees.

Meanwhile, we have witnessed a crackdown on the media that is unprecedented in modern Turkish history. In the past month, 131 media outlets and publishing houses have been shut down and at least 89 arrest warrants have been issued for journalists.

The post-coup purge comes at a time when Turkey’s attack on freedoms of expression, association and assembly was already gathering momentum. Government administrators had been appointed to run Gülen-linked opposition newspapers and 15 TV channels were shut down in the months before the coup. The right to freedom of peaceful assembly was already restricted and excessive force was regularly used by police to disperse protests.

In the south-east of the country, where there have been clashes between members of Kurdish separatist group the PKK and security forces, the government has overseen an onslaught on Kurdish towns and neighbourhoods, which includes round-the-clock curfews and cuts to services. The military have conducted operations in residential areas resulting in hundreds of thousands being displaced and unable to return.

In the febrile post-coup atmosphere, it is likely that the situation for dissenters will further deteriorate. A blurring of the distinction between culpability for the coup and being a Gülen sympathizer has already been visible. The authorities’ definition of “traitor” could be broadened further still to encompass secular, leftist or Kurdish critics.

The violent coup attempt, together with the government crackdown that has followed, will leave indelible scars on Turkey for years to come. The country is gradually returning to normal – but it is a new normal. A normal where there is less oxygen for civil society and where underlying fear is a constant. 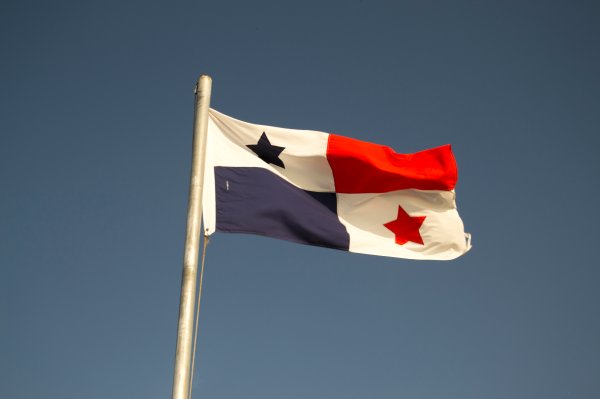