On this week’s Last Week Tonight, John Oliver makes the case that we should all be paying close attention to something that usually makes most people’s eyes glaze over — subprime lending in the used car industry.

According to Oliver, cars have not only inspired some of America’s greatest songs — including Tim McGraw’s ode to the American truck, which is “un-trucking believable” — but they play a vitally important role in the American economy. To illustrate his point, Oliver followed one car-less woman who was forced to rely on public transportation turning her commute “into something the length of The Imitation Game” a.k.a. “two wasted hours that feel like forever.”

Because of the importance of cars, Oliver reported that draconian terms and shockingly high interest rates of subprime loans in the auto industry have resulted in some people paying close to $30,000 for a car worth $3,000, which Oliver notes should only happen if there’s “a mint condition X-Men issue one in the glove box.”

Additionally most of these loans have terms where if a buyer is even just a few days late on the payment, their car can be repossessed — even if your baby is in the back seat. According to Oliver, this sets “don’t take a baby” as the new bar for repo companies (as well as for prom dates and NFL drafts).

As subprime auto loans continue to grow in popularity, with companies like Santander and GM Financial expanding their subprime lending, Oliver said it’s setting up a financial situation equivalent to “the direct-to-video version” of financial crisis film The Big Short with “Brad Garrett instead of Brad Pitt” and “an actual gosling instead of Ryan Gosling.”

To further illustrate his point, Oliver turned his studio into a used car dealership for one crazy night at “Crazy Johnny’s Used Car” where Crazy Johnny and his cousin Crazy Jimmy (played by Keegan-Michael Key) make some crazy deals that are so good they are “almost criminal.” Perks include an actual baby in a car that is worth $2000, but can be yours for zero down and then $200 a month for the next seven years. While Crazy Johnny implores viewers “don’t do the math on that!” the dealership’s accountant — Crazy Walter (Bob Balaban) — assures shoppers that despite the risk of human misery, it’s a high yield investment with only a few “disturbing echoes of the mortgage crisis.” 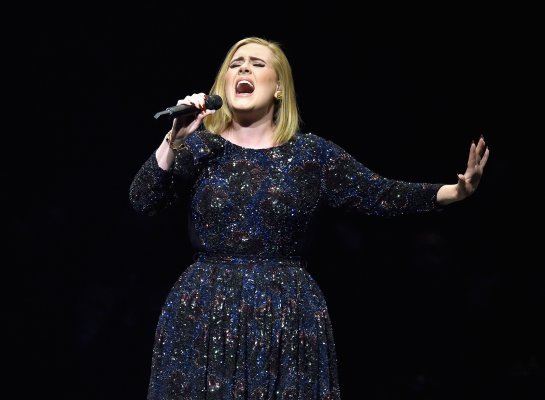 Adele Says She Turned Down an Offer to Perform at the 2017 Super Bowl
Next Up: Editor's Pick