Usain Bolt of Jamaica competes in the Men's 100 meter semifinal on Day 9 of the Rio 2016 Olympic Games in Rio de Janeiro on Aug.14, 2016.
Cameron Spencer—Getty Images
By Amanda Calvo

Usain Bolt made history in Rio Sunday night, becoming the first person ever to win the 100-m sprint for the third consecutive Olympics, finishing with a time of 9.81. Naturally, the Internet went wild, and Bolt memes are flooding social media.

But no one photo has picked up as much attention as an image of Bolt breezing past his competition in the 100-m semifinal earlier on Sunday. Snapped by Getty photographer Cameron Spencer, the photo shows a grinning Bolt looking back at those left in his wake as he sails over he finish line.

Sunday’s win makes it a seventh Olympic gold for Bolt, who is also expected to race later this week in the 200-meter sprint and 4X100 relay. 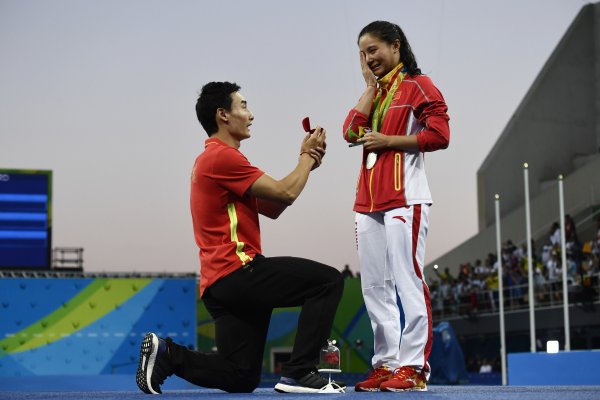 Chinese Divers Get Engaged at Olympics Medal Ceremony
Next Up: Editor's Pick