Three Hong Kong student activists will avoid jail time for their activities in the 2014 pro-democracy protests here, a judge decreed on Monday.

Joshua Wong, 19, who emerged as a poster child for civil disobedience during the three-month demonstration, known as the Umbrella Revolution, was sentenced to 80 hours of community service for unlawful assembly; 23-year-old Nathan Law, currently a candidate in next month’s legislative elections, will serve 120. Alex Chow, 25, received a three-week prison sentence, but with a one-year suspension, which means the sentence will likely be lifted if he does not violate the law in the next 12 months.

The lenient sentences are certain to anger China, which sharply criticized the protests.

The case in question concerned the trio’s decision to storm a public plaza outside Hong Kong’s legislative headquarters on Sept. 26, 2014, to demand the right to vote in elections for the Chief Executive, as Hong Kong’s top official is called. (The position is currently decided by an electoral college widely seen as sympathetic to Beijing, which rules over the semiautonomous territory.) The assembly precipitated the largest pro-democracy demonstration on Chinese soil since the Tiananmen Square Massacre in Beijing in 1989.

Wong and Chow were found guilty last month of participating in an unlawful assembly; Law was found guilty of inciting one. At the time, many here worried that the activists would face imprisonment.

“It’s good news,” Wong tells TIME, regarding the relatively lenient sentences. “In the future, I’ll still continue to engage in civil disobedience to fight for democracy.” 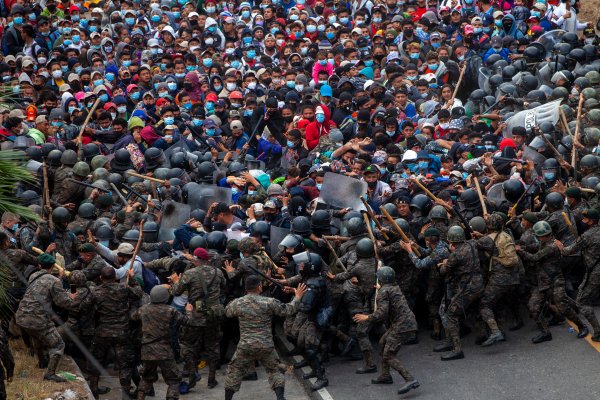