Joseph Schooling Beat Michael Phelps at Rio. But Long Before That, He Was a Fan

The swimmer who beat Michael Phelps in the Rio 2016 Olympics’ 100m butterfly wasn’t just a competitor—he was also a fan.

Singapore’s Joseph Schooling, 21, secured his first medal and Singapore’s first gold by beating Phelps, a swimmer he had long admired and whom he met in 2008. A photo of the initial meeting is making rounds on the Internet.

“It’s all kind of a blank really,” Schooling said after beating Phelps. “I need time for all of this to sink in. Just being beside [Phelps], walking alongside him and celebrating—I’ll cherish that for the rest of my life.”

Schooling told the press that Phelps is one of the reasons he wanted to be a better swimmer, and that he’s looked up to him for a long time. “As a kid I wanted to be like him,” said Schooling, the New York Times reports. 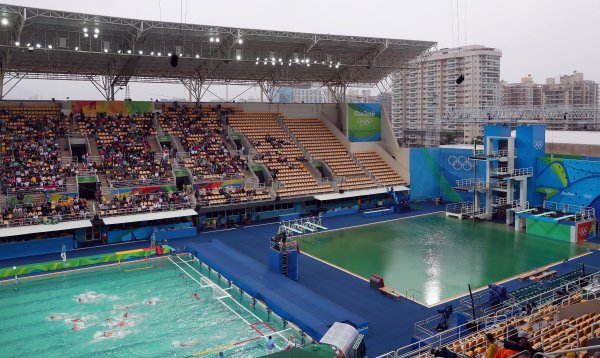 Rio Official on the Green Pools: ‘Chemistry Is Not an Exact Science'
Next Up: Editor's Pick