NASA Just Found Something Interesting on 1 of Saturn's Moons

One of Saturn’s moons has canyons hundreds of feet deep flooded with rivers that signal potential for life, according to a new report from NASA.

Multiple canyons on Titan that are up to 1,870 feet deep hold liquid hydrocarbons, a compound found in fossil fuels like oil and natural gas. Hydrocarbons signal the possible past existence of life on Titan, the largest of Saturn’s moons, because hydrocarbons are the product of the breakdown of living material.

NASA researchers said that even though Earth and Titan have very different environments, there is a striking similarity between Earth’s rivers of water and Titan’s canyons of methane. “Earth is warm and rocky, with rivers of water, while Titan is cold and icy, with rivers of methane,” said Alex Hayes, a Cassini radar team associated at Cornell University and co-author of the study. “And yet it’s remarkable that we find such similar features on both worlds.”

The hydrocarbons were discovered from images the Cassini spacecraft took during a flyover of Titan in 2013. NASA said the way these canyons were carved is similar to how the Grand Canyon was created on Earth, where the Colorado River carved rock rising through the terrain over several million years.

Other than Earth, Titan is the only object in the solar system where bodies of surface liquid have been found. 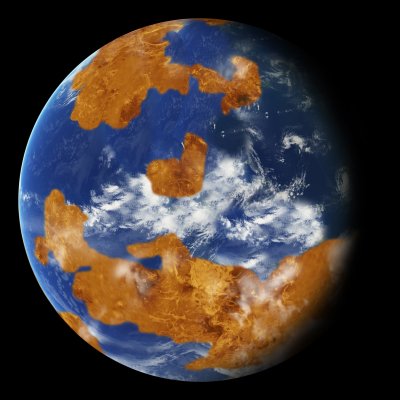 Venus May Once Have Been a Garden Planet
Next Up: Editor's Pick