What Seeing a Black Olympic Gymnast Meant to Me

Dominique Dawes of the USA on the beam during the womens team gymnastics event at the Georgia Dome at the 1996 Centennial Olympic Games in Atlanta on July 23, 1996.
Doug Pensinger—Getty Images
Ideas
By Brandon Tensley
Tensley is an associate editor for New America, a co-host of Slate’s Outward podcast and a contributing writer at Pacific Standard.

When I first saw Dominique Dawes, she was a blur. She was performing her floor exercise at the 1995 U.S. Championships, and she kicked it off with an explosive tumbling pass. She flipped the entire stretch of the floor, rebounded into a front flip, and did it all over again (it’s just as jaw-dropping as it sounds). The crowd went wild. I went wild, too. But for a different reason.

Throughout her sprawling career, Dawes’s American competitors were almost unfailingly white. As a member of the star-studded U.S. women’s gymnastics team—dubbed the Magnificent Seven—at the 1996 Atlanta Olympics, Dawes became the first black American to win an individual Olympic gymnastics medal. But her import went beyond gymnastics. In Dawes, a 5-year-old black boy like me, beaming in front of the living room TV, saw someone who represented my life and my own admittedly wide-eyed childhood dreams.

While I was far from ever becoming an elite gymnast, I competed for years, flanked by my mostly white teammates. After practice, I’d wear out VHS cassettes of gymnastics competitions, my eyes hopscotching across the TV screen in an attempt to learn a thing or two from the blink-and-you’ll-miss-it gymnastics of “Awesome Dawesome.” Indeed, her every leap and twist was an ode to black success. Even back then, I could intuit that I wasn’t the only one watching Dawes in awe, and that she telegraphed something more to black women than she ever could to me.

Which is why the American team at the 2016 Rio Olympics is so important.

Three of the five women representing the United States are women of color. Simone Biles, unarguably the crown jewel of the gymnastics universe, and Gabby Douglas, the individual all-around champion at the 2012 London Olympics, are black, and Laurie Hernandez is Hispanic. There’s also returning Olympic gold-medalist and team captain Aly Raisman, who’s Jewish and used “Hava Nagila,” an Israeli folk song, for her floor music in 2012. Not only are the American women the best in the world at what they do, but they’re also flipping the script on a sport steeped in a particular sort of white, European elitist-aesthetic. As a friend of mine tweeted after the American women dominated the team competition with their planet-stopping athleticism: “Team USA—here comprised of Black, Hispanic, and Jewish girls—won gymnastics gold.” (The current men’s team hasn’t been heralded for its diversity, or for its fifth-place finish in the team competition, but it was represented by Danell Leyva, of Cuban descent.)

In the almost decade since I hung up my grips, I’ve often wondered why there aren’t more gymnasts of color, especially when I’m sure the talent is hardly in short supply. At least in part, the overwhelming whiteness of the sport stems from economic hurdles, which can be huge. Being a top-echelon gymnast requires, at a very minimum, hundreds of dollars to be spent on everything from leotards (for boys and girls) to club membership fees to meets, to say nothing of how much time is demanded to shuttle gymnasts to practice. For a good many minority families, these costs too frequently prove to be insurmountable, a reality that has birthed organizations such as the Wendy Hilliard Gymnastics Foundation, which has been working for 20 years to topple some of these economic barriers by providing free and low-cost gymnastics.

It’s impossible to understate the power of seeing “non-normative” gymnasts publicly celebrated as the remarkable athletes they are, of seeing Team USA, so uniquely rich in representation, shore up a dynasty in gymnastics. Hernandez said in an interview with The Guardian: “Si Dios lo quiere (If God wishes), to represent the U.S. as the only Latina gymnast would be such an honor. I feel I could be a role model to other Hispanic gymnasts interested in the sport but I also want them to understand the importance of being focused, determined, and not giving up, despite all the struggles.”

This isn’t to gloss over the fact that women’s gymnastics, more than many other sports, has historically been beleaguered by spectatorship and pop culture infantilization; it’s to wonder how we can possibly expect to see future Dominique Daweses and Laurie Hernandezes and Simone Bileses if minority kids are so rarely aware that they even exist.

While it’s still too early to say that this year’s squad will irrevocably shake up gymnastics, there’s hope to be had. After all, each Olympics nurtures the dreams of future elite gymnasts. And more and more, these dreams are no longer constrained by a rigid color line. 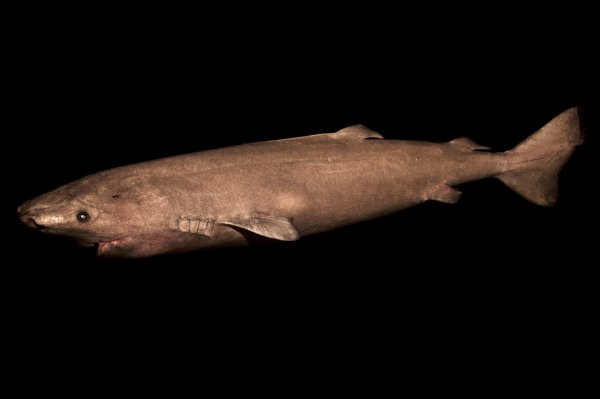