Katie Ledecky, Maya Dirado, Leah Smith and Allison Schimdt of United States pose with their Gold medals from the Women's 4 x 20m Freestyle Relay on Day 5 of the Rio 2016 Olympic Games at the Olympic Aquatics Stadium in Rio de Janeiro on August 10, 2016.
Ian MacNicol—Getty Images
Ideas
By Michael Kimmel
Kimmel is Executive Director of the Center for the Study of Men and Masculinities at Stony Brook University and author of Manhood in America

There’s a saying that all press is good press. But if you’ve read any headlines the last few days, especially if you’re a woman, you might disagree. In women’s sports, media coverage has long been rampant with sexism. Reporters and commentators regularly focus on the athletes’ looks or view them only in comparison to men instead of zeroing in on their achievements.

The latest examples are no exception. From female athletes’ wins attributed to their husbands to comparing women’s achievements to being “like a man” to criticism of women’s calm demeanor as being “just standing around at the mall,” female athletes continue to be disparaged in the media—for things other than their athletic skills. But it hasn’t stopped there. We also get sexist headlines like “19 Nakedest Rhythmic Gymnastics Costumes” and “hottest athlete” lists.

In a newer version of this sexism, male athletes have been targeted as well—including online slideshows of “sexy” swimmers and excessive coverage of a shirtless flag-bearer, to name a few. But for men, there’s a certain luxury in knowing they have already gained respect as athletes. Plus, in our society, men are rarely just valued for their looks. So I wasn’t surprised when the U.S. male gymnastics team even went so far as to ask to be objectified—because they know that’s where fame, and by extension, fortune comes from. And unlike female athletes, men don’t need to constantly prove themselves. Just look at the way sports figures are portrayed when they pose in a photo shoot: male athletes are shot in ways that play up their athletic skills, while 64% of female athletes in the media are photographed in sexy, passive poses, one study found.

A relentless focus on appearance reduces the women’s worth to how their bodies look, and tells us that, despite their strength on the field, female athletes are really just there for men’s consumption and approval. And this only builds on a problem women already perceive: Research from Dove found that 7 in 10 women believe women who are beautiful have greater opportunities in life. Can you blame them?

Sexism in sports isn’t a new thing. But what’s promising is the way women and men are reacting to it. The public is starting to push back, and men are recognizing the negative effects of our learned predilection of looking at women as objects and body parts instead of people. We all have to get to a place where we watch female athletes—gymnasts, swimmers, skaters and hockey players—and think: “Her performance is incredible.”

We’re now cheering on our daughters from the sidelines as they play sports in ways that their grandmothers would never have been able to. Research from Dove found that 6 in 10 girls stop doing the things they love including opting out of sports activities because they feel badly about their looks. These stats can’t continue if we’re going to create a solution. Progress in this area is being made, and we can continue it by taking action. Isn’t it time we all did our part to keep the next generation of girls in the game and winning?

Kimmel is Executive Director of the Center for the Study of Men and Masculinities at Stony Brook University and author of Manhood in America. He has consulted for Dove Men+Care and partnered with Dove on its #MyBeautyMySay campaign 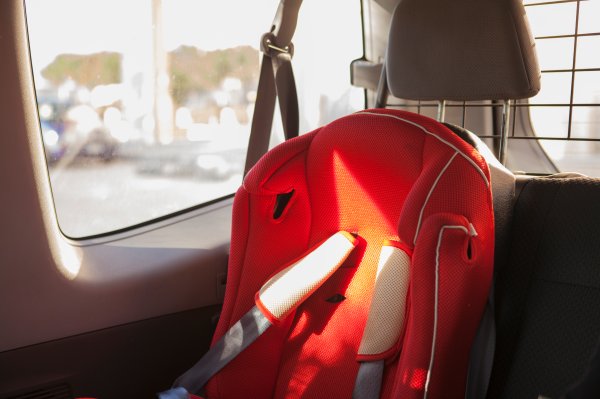 2 Kids—1 White, 1 Black—Died In Hot Cars. Only 1 Parent Was Charged.
Next Up: Editor's Pick