Here's How Much Hillary Clinton Paid in Taxes Last Year

Hillary Clinton released her 2015 tax returns Friday, shedding light on her financial situation and putting even more pressure on her Republican opponent, Donald Trump, to release his own tax returns.

Clinton had already released her tax returns for the years 2001-2014.

Trump has so far refused to release his tax returns, claiming he can’t do it while he’s under audit by the IRS. Some have theorized—including the New York Times’ James B. Stewart Friday—that his refusal could be because Trump doesn’t actually pay any taxes.

But that’s not uncommon for real estate developers, who have a number of ways to avoid taxes, via legitimate deductions that aren’t available to people who work for a company. 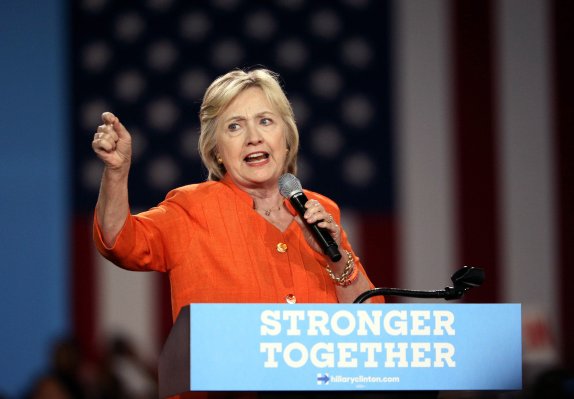 Clinton Surging Ahead of Trump in Battleground States, Polls Show
Next Up: Editor's Pick