The first full-length trailer for the upcoming Star Wars spinoff Rogue One premiered Thursday night, giving fans a more detailed look at Felicity Jones’ Jyn Erso and the band of Rebel fighters that will join her on a mission to steal the plans for the Imperial Death Star.

And while the 5-foot-3 Jones may not have a powerhouse physique, during a recent interview with Entertainment Weekly, she explained what makes her character a force to be reckoned with. “She is absolutely a very unlikely heroine,” she told EW. “She’s someone on the edges and fringes of society. Physically, she’s smaller than everyone else around her, but…when someone has something they believe in, that’s what powers them, that’s what motivates them, that’s what can give someone enormous strength.”

Jones also spoke about why Rogue One‘s portrayal of strong female protagonists is so important. “I would say there’s a huge amount of respect for women in the Rebellion. [Former Galactic Senator] Mon Mothma (Genevieve O’Reilly) is ultimately, for Jyn, someone she looks up to. So even as the film opens [Jyn] has a very strong female role model in front of her, and someone she respects,” she said. “It’s vital. As we’re seeing in politics, it is a world where women are becoming leaders of nations, and films should be reflecting that.” 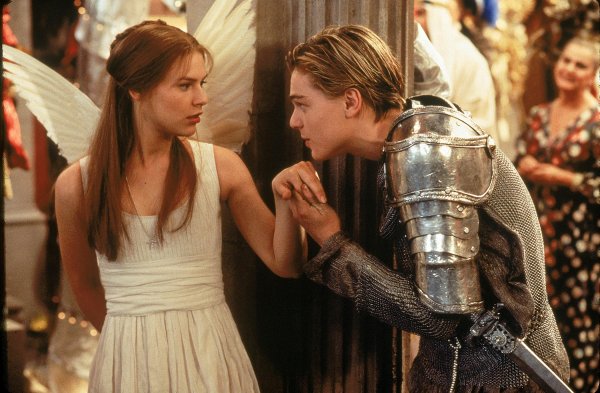 Here's How Leonardo DiCaprio Landed His Iconic Role in Romeo and Juliet
Next Up: Editor's Pick