Clinton Surging Ahead of Trump in Battleground States, Polls Show

According to four new NBC/WSJ/Marist polls, Clinton is leading Trump by nine points in North Carolina. In 2008, the state narrowly went for then-Democratic nominee Barack Obama, and in 2012 it reversed and went with a similarly slim margin to Republican nominee Mitt Romney.

The poll also found that Clinton is leading Trump 44% to 39% in Florida, 46% to 32% in Colorado, and 46% to 33% in Virginia, her vice presidential pick Tim Kaine’s home state. According to NBC, Clinton’s lead in Colorado grew by 6 points after the conventions.

If Clinton were to win all four of these key states, it would all but shut Trump out from getting the 270 necessary electoral college votes to win. 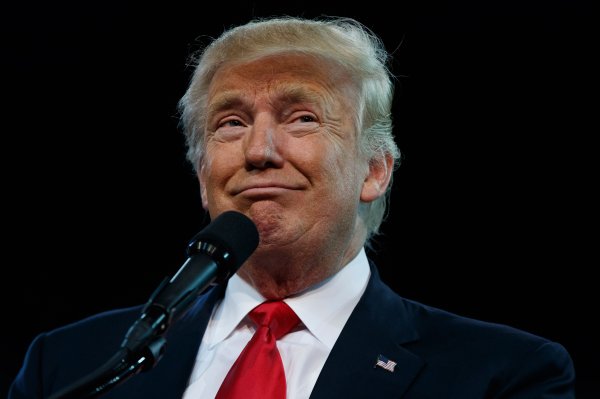 Donald Trump: I Was Only Joking
Next Up: Editor's Pick