These Foxes Faced Extinction. Now, They're Making an Amazing Comeback

A small species of fox that lives only on islands off the California coast has made a dramatic comeback from the brink of extinction.

On Thursday, the U.S. Fish and Wildlife Service said that the foxes of San Miguel, Santa Rosa and Santa Cruz islands were being taken off the endangered species list, marking the 37th time a subspecies has been de-listed due to recovery. The foxes represent the fastest mammal recovery in the Endangered Species Act’s 43-year history. (The Santa Catalina island fox was downlisted to threatened.)

The foxes, which Christina Boser, the Nature Conservancy’s island fox ecologist, says have a “naive, adorable little personality,” began dying off in Channel Islands in the 19th century when settlers arrived, the Washington Post reports. As the cat-sized animals were picked off by eagles and died of canine distemper, their numbers dropped to fewer than 200 by the late 1990s, a drop of more than 90%. They were declared federally endangered in 2004.

“It’s remarkable to think that in 2004, these foxes were given a 50 percent chance of going extinct in the next decade. Yet here we are today, declaring three of the four subspecies recovered and the fourth on its way,” said Service Director Dan Ashe in a release. 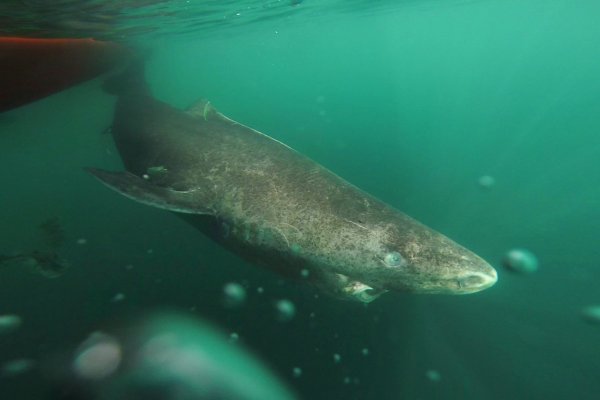 Scientists Discover Sharks That Can Live for 400 Years
Next Up: Editor's Pick