Nigeria has announced an emergency mass polio vaccination campaign after two children have been paralysed by the disease in Borno state, the BBC reports.

Polio is a highly infectious disease mainly affecting children under the age of five and can cause fevers, vomiting, headaches, back pain and paralysis. It was once widespread in the continent, but there has not been a case in Africa for more than two years.

The government is now planning on immunizing one million children in Borno – a state in north-eastern Nigeria that is regularly raided by militant group Boko Haram – and a further four million in neighboring states.

World Health Organization (WHO) Director for Polio Eradication Michel Zaffran told the BBC that the mass vaccination could start “as soon as next week”.

This is a huge step back for Nigeria, where health officials celebrated the first ever full year without a single case of polio in 2015. Only one more polio-free year needed to pass before the country would have been declared officially done with the disease. 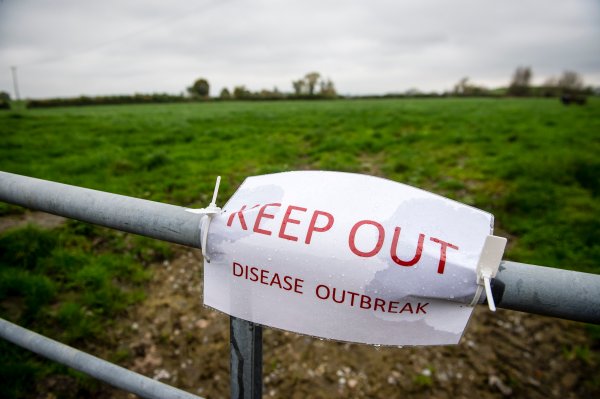 Russia Had a Fatal Anthrax Outbreak. Could It Happen in the U.S.?
Next Up: Editor's Pick