The sign for the gender-neutral bathrooms on the 5th floor of Boston City Hall across from the reception area for the Mayor's office, May 15, 2016.
John Tlumacki—Boston Globe/Getty Images
By Tessa Berenson

Texas and a group of other states will ask a U.S. judge in Fort Worth on Friday to halt the Obama Administration’s recommendations on bathroom access in public schools for transgender students.

According to Reuters, the group of at least 11 states will argue that the policies of allowing transgender students to use the bathroom of their choice are unlawful “radical changes” being forced upon them. The judge will consider a preliminary injunction that will temporarily halt the directive, the Associated Press reports.

The U.S. Justice Department said that because the guidelines aren’t legally binding, the states do not have standing to request an injunction. “Plaintiffs have identified no enforcement action threatened or taken against them as a result of defendants’ interpretations, nor have they established that the guidance documents have any binding legal effect,” the Justice Department said ahead of Friday’s hearing, according to Reuters.

In May, the Obama Administration wrote to every public school district in the country warning local administrators they have to let transgender students use bathrooms matching their gender identity. The guidance signed by Justice and Education officials, while not a legal decree, implicitly threatened noncompliant schools with lawsuits or the withdrawal of federal funding.

“As a condition of receiving Federal funds, a school agrees that it will not exclude, separate, deny benefits to, or otherwise treat differently on the basis of sex any person in its educational programs or activities unless expressly authorized to do so under Title IX or its implementing regulations,” the letter says. 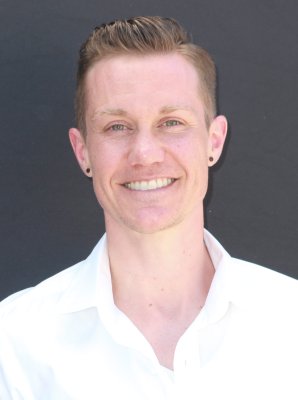 First Transgender Man on the U.S. National Team Stars in Nike Ad
Next Up: Editor's Pick