The mayor of the French city of Cannes has banned the wearing of burkinis – full-body swimsuits worn by some Muslim women – on its beaches.

Mayor David Lisnard issued an ordinance forbidding beachwear that doesn’t respect “good morals and secularism,” noting that swimwear “manifesting religious affiliation in an ostentatious way” could impact public order while France is the target of terrorist attacks, the BBC reported.

A spokeswoman confirmed to NBC that the ordinance applies to burkinis but the mayor told local media that other religious symbols, including the kippah (Jewish skullcap) and the cross, would still be permitted. The new ruling will be in effect throughout August and violators face a fine.

France has been the target of three major terrorist attacks over the past year and a half. In July, 84 people were killed and dozens more injured when a truck driver slammed into the throngs of revelers out on the street for Bastille Day in Nice, which is less than an hour’s drive from Cannes.

Earlier this week a burkini-themed pool party for Muslim women in Pennes-Mirabeau, near Marseilles, was cancelled after the organizers received death threats. Shortly after it was announced, the local mayor, Michel Amiel, announced he intended to take up a city bylaw to prohibit the event “on the grounds it is likely to cause public disorder,” reported the U.K.’s Independent. 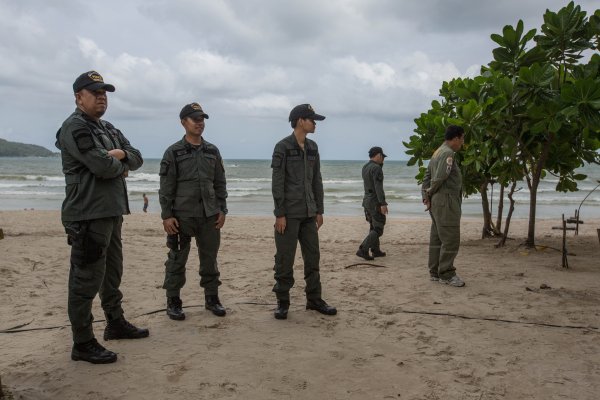