Bollywood actor Shah Rukh Khan poses during the launch of the book Movers and Makers in the Indian city of Mumbai on April 27, 2016
STR/FP/Getty Images
By Nikhil Kumar

Bollywood star Shah Rukh Khan has taken to Twitter to express his disappointment at once again being “detained” by U.S. immigration authorities at Los Angeles international airport.

Khan, one of the Indian film industry’s most popular actors, said he fully understood and respected airport security procedures, “but to be detained at U.S. immigration every damn time really sucks.” He was previously stopped by U.S. immigration officials for 90 minutes after he flew into White Plains airport, near New York City, in 2012, triggering a furious response from Indian officials. U.S. authorities later apologized for the incident. On an earlier trip to the U.S. in 2009, Khan was held back by officials at Newark airport in New Jersey while en route to Chicago for a parade to mark India’s independence day.

It was unclear why the movie star was stopped again as he flew into Los Angeles on Thursday.

Richard Verma, the U.S. ambassador to India, also apologized to Khan, saying officials were working to make sure this doesn’t happen again:

Although he was unhappy about the ordeal, the movie star remained good-natured about the experience, telling his almost 21 million Twitter followers: 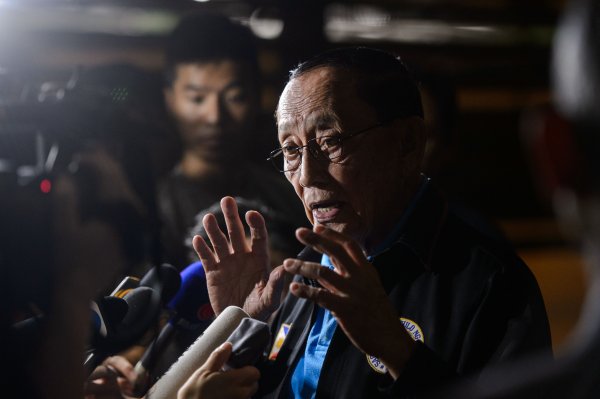 Philippines to Pursue 'Formal Talks' With China
Next Up: Editor's Pick