LeBron James #23 of the Cleveland Cavaliers holds the Larry O'Brien Championship Trophy after defeating the Golden State Warriors 93-89 in Game 7 of the 2016 NBA Finals at ORACLE Arena on June 19, 2016 in Oakland, California. NOTE TO USER: User expressly acknowledges and agrees that, by downloading and or using this photograph, User is consenting to the terms and conditions of the Getty Images License Agreement. (Photo by Ezra Shaw/Getty Images)
Ezra Shaw—Getty Images
By Daniel White

Lebron James is making good on his hometown-hero status, agreeing to a new deal with the Cleveland Cavaliers, and becoming the highest paid basketball player in the process.

James made the announcement via Twitter Thursday, telling Bleacher Report’s the Uninterrupted that he was re-signing with “the land.”

“I just want to let y’all know I’m re-signing back with the Cleveland Cavaliers, my hometown team,” James said in the video announcement. “I can’t be more excited than this opportunity once again, man, to defend our crown, defend our title.”

James’s agent Rich Paul told ESPN that he agreed to a three-year, $100 million dollar deal with the Cavaliers, making him the highest-paid player in a single season in NBA history.

The Cleveland Cavaliers defeated the Golden State Warriors in June to become NBA champions, two years after James left the Miami Heat to return to Cleveland. 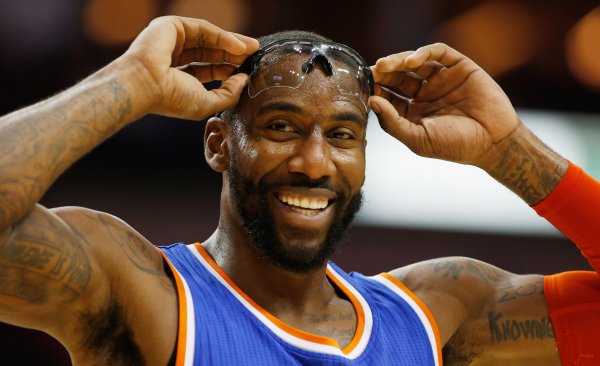 Amar’e Stoudemire Retires From the NBA as a New York Knick
Next Up: Editor's Pick