The 4 Moves That Separate Simone Biles From Other Elite Gymnasts

Simone Biles made Olympic history in Rio Thursday, winning gold in the individual all-around competition and making the U.S. the first country to field four consecutive all-around champions. Biles joins Carly Patterson, who kicked off the streak in 2004, followed by Nastia Liukin and Biles’ Rio teammate Gabby Douglas in 2012 in what’s become a gymnastic dynasty.

The 19-year-old from Spring, Tex. has a rare composure, able to stay loose and relaxed in the highest-pressure moments. But what really sets her apart from even the world’s most elite gymnasts — she’s the first woman to win three consecutive world championship titles, and hasn’t lost an all-around since 2013 — are her over-the-top skills. Her routines are packed with judge-pleasing points, and once they start adding up, there’s no one in the world that can keep up.

Here’s what sets her apart on each event:

Biles will start here, and it’s one of her best events. She does an Amanar, he most difficult vault female gymnasts perform, which means she’ll launch into two-and-a- half twists off a backward salto and land facing forward. Biles a earned sky-high 16.0 on it in qualifying, the highest score among the gymnasts in Rio. Despite the challenging twists, she’s known for landing without budging an inch. This should set her up in the lead and keep her there.

This is the one event in which Biles doesn’t float above the pack. The bars are the only event at Rio in which Biles did not qualify in the top eight, so won’t be competing in event finals next week. The reason is that her routine doesn’t contain as many difficult release moves as some of the other gymnasts perform, so her difficulty value is on the low side. But she’ll make the most of what she does; U.S. National Team Coordinator Martha Karolyi has been getting Biles to perfect the 180 degree handstands and include more rhythm in her swings.

Out of the six competitors, Biles will be up first, which can be either a blessing or curse. At her last two events, U.S. Olympic Trials and the qualifying round, she’s shown the most nerves on this one, needing some balance checks. But her wolf turn — two and a half rotations on a 4 in. beam 4 ft. off the floor with one leg extended is a major point-getter. Then there’s her dismount, a full twisting double back, too challenging for anyone but Biles to try.

Biles is last on this event, which means she’ll close out the competition. By this point, if history holds, she should already be ahead of the field by at least one and likely several points. Look for the tumbling run that’s named after her — a double layout with a half twist. And of course, that sassy ending pose. It’ll bring down the house. 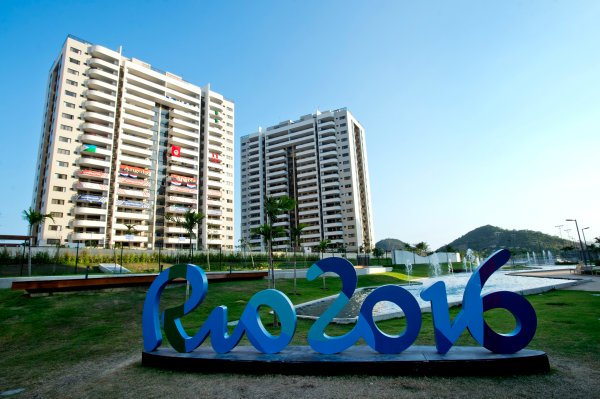