Rihanna to Receive Video Vanguard Award at the VMAs

Rihanna has come a long way from her 2005 video for “Pon de Replay” (which featured a choreographed dance routine in a club) — the artist will receive the Michael Jackson Video Vanguard Award at this year’s MTV Video Music Awards.

It won’t be the first time Rihanna has been recognized at the ceremony; she’s already won Video of the Year awards for “Umbrella” in 2007 and “We Found Love” in 2012. Previous winners of the achievement include superstars like Beyoncé, Justin Timberlake and Kanye West.

That’s not all Rihanna is coming for at the ceremony: she’s has been nominated for Best Female Video, Best Collaboration (twice) and for Best Male Video with Calvin Harris. The Video Music Awards take place on Aug. 28 at Madison Square Garden in New York. 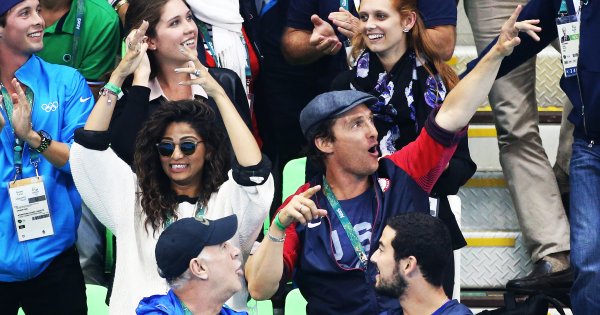 Matthew McConaughey Is Having the Best Time at the Olympics
Next Up: Editor's Pick