Justin Rose of Great Britain celebrates his hole in one on the fourth green during the first round of men's golf on Day 6 of the Rio 2016 Olympics at the Olympic Golf Course on August 12, 2016 in Rio de Janeiro, Brazil.
Ross Kinnaird—;Getty Images
By Jessica Marksbury / Golf.com

It took 112 years for golf to make its way back into the Olympic Games, but only four holes for England’s Justin Rose to card the first ace in Olympic history.

Rose used a 7-iron on the 191-yard par-3 4th hole and raised his arms in celebration when the ball landed softly and rolled several feet into the cup.

The ace brought Rose to three under par after four holes, but he still has some work to do to catch current round one leaders Marcus Fraser (-8) of Australia and Canada’s Graham DeLaet (-5).

This article originally appeared on Golf.com 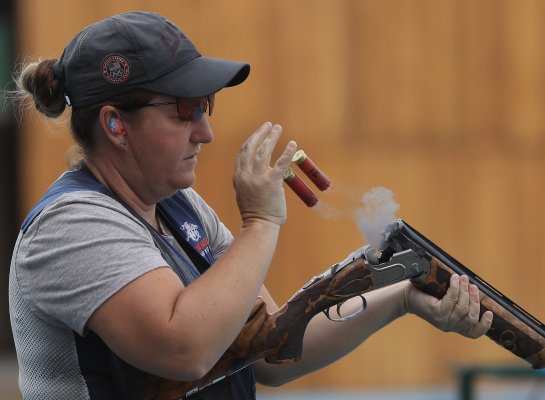