Hugh Grant and Meryl Streep participated in a Reddit AMA on Wednesday to promote their new film Florence Foster Jenkins and it was just as charming as you might imagine it would be. Sandwiched between the alternating banter and effusive complements between the two co-stars was the fact that Hugh Grant has a deep love-hate relationship with American viands — namely, Velveeta and Nathan’s hot dogs.

The actors responded to a question about their favorite type of cheese, and it was with a delightful back-and-forth that revealed Grant’s unlikely affinity for canned cheese.

Hugh Grant: I recently discovered the stuff that comes out of tube in America. What’s it called?

HG: Almost as good as a Nathan’s hot dog. Particularly when squeezed directly into the mouth I think.

Grant later revisited his relationship with New York staple Nathan’s hot dogs in the AMA, when a user asked, “Is a hot dog a sandwich?”

HG: I had a very unhappy experience with Nathan’s hotdogs.

MS: Last night you had a hotdog.

HG: I had one last night, I got so hungry at the premier. Which I paid for myself.

MS: Only the best.

HG: I was filming Two Weeks Notice in Coney Island, and someone told me Nathan’s hotdogs were famous. What they didn’t tell me is you should only have one. I had seven.

HG: I was unable to return to the set after, because of the condition of my innards. I had a makeup artist from Brooklyn who did not mince her words. She said, “Oh my god, did it blow your a– out?”

MS: It’s really a lovely story. I want to return to that, over and over. Is a hotdog a sandwich? Well, with a bun, yes. Without a bun, no. It’s a canapé.

So there you have it, folks. Velveeta is delicious, Nathan’s is good in moderation, and a hot dog is only a sandwich with a bun — without it, it’s a canapé. 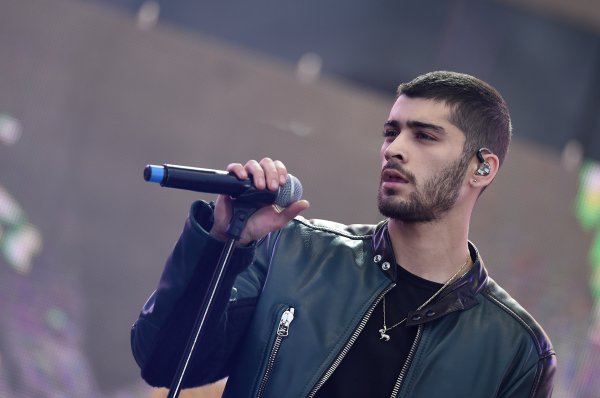 Zayn Malik Wants to Sell You Some 'Sick' New Shoes
Next Up: Editor's Pick