Fleming is the President of the LGBTA Caucus in Florida

This Friday marks two months since 49 innocent people were slain in a place intended to be a celebration of identity and free expression for Orlando’s LGBT community. In the days and weeks since, the LGBT community in Orlando has been embraced by millions of people in Florida and around the country.

That is why it is so offensive that Marco Rubio has chosen to speak at a divisive rally in Orlando on the two-month anniversary of the Pulse nightclub shooting.

Senator Rubio will be sitting with those who have mocked our tragedy and capitalized on our pain. Speakers at this rally have declared AIDS a divine penalty. They compared gay activists to terrorists, and warned that marriage equality “threatened our utter destruction” as a nation.

This rally is put on by the Florida branch of the American Renewal Project, an organization sponsored by the American Family Association. AFA is classified as an official “hate group” by the Southern Poverty Law Center, and these groups are run by people who make a living teaching community leaders how to market hate. They support Rubio, and Rubio supports them.

Rubio’s company isn’t surprising considering he has actively advocated against the rights of gay Americans. He has opposed the rights of gay Americans to get married or adopt children. He has embraced support from the leader of a group that promotes dangerous conversion therapy for LGBT youth, and voted against providing basic workplace discrimination protection for employees based on their sexual orientation or gender identity.

While the LGBT community was grieving, Rubio used the tragedy as an opportunity to run for reelection.

Rubio would not meet with peaceful protesters in his Orlando office to talk about preventing another tragedy. And of course, it’s obvious why he won’t. Rubio has consistently opposed common sense gun violence prevention measures. He has voted against closing the terrorist gun loophole and against common sense measures to expand background checks. His staff even shielded him from being “expose[d]” to a meeting with prominent gun violence prevention advocate Captain Mark Kelly. Rubio continues to support a Donald Trump presidency, even though Trump recently seemed to suggest that gun owners use their Second Amendment rights against Hillary Clinton.

No surprise, then, that the NRA endorsed Rubio in the aftermath of the Pulse tragedy citing his “excellent” record of opposition to gun violence prevention measures.

The kicker? Rubio will be joined by Trump in Orlando, mere miles from the shuttered doors at Pulse. Trump has mastered the art of campaigning on hate, and our Senator appears to be taking note and following suit.

Two months ago, Rubio used the hateful attack on the LGBT community to promote himself. Now he is campaigning at an anti-LGBT event in the very city where that attack occurred. He’s campaigning on a platform opposed to supporting the rights of the victims.

As the President of Florida’s Democratic LGBTA caucus, I hear how Rubio’s shameless opportunism offends the survivors of Pulse. His attendance at the American Renewal Project’s rally against our community is yet another insult to our experiences and our identities. We don’t need his sympathy. We need a Senator who chooses to represent all Floridians. 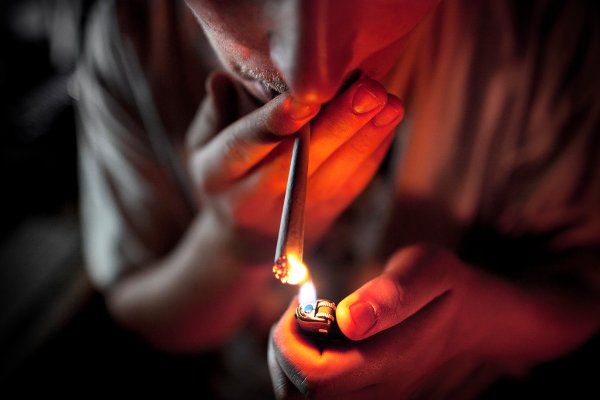 Obama Is Letting the Drug War Rage on Pointlessly
Next Up: Editor's Pick