To Understand America, You Have to Ride the Railroad

To understand America, you have to ride the Railroad.
Rob Howard—O, The Oprah Magazine
By Radhika Jones

The magic afoot in Colson Whitehead’s new novel shows itself some 60 pages in, when runaway slaves Cora and Caesar, under the protection of a Georgia abolitionist, descend into what they think is a cellar but is actually a subterranean platform: “Two steel rails ran the visible length of the tunnel, pinned into the dirt by wooden cross-ties. The steel ran south and north presumably, springing from some inconceivable source and shooting toward a miraculous terminus.” The Underground Railroad is real. When the astonished fugitives ask, “Who built it?” they’re met with a wry response: “Who builds anything in this country?” It is a thing to marvel at–the idea of slaves toiling in secret, making something whose purpose is to set them free.

The Underground Railroad perfectly balances the realism of its subject with fabulist touches that render it freshly illuminating. Whitehead’s rails carry Cora not just from state to state but also through time, opening multiple chapters of black life in America. It’s gracefully done: you might not notice the quantum leap that places Cora in a hospital where black men are unwitting participants in experiments involving syphilis that began in the 1930s. What you do notice, whatever the era, are black bodies scarred and destroyed on the orders of white men. What you do notice is the precarious status of black lives, the negation of their worth.

The constant is Cora, pilgrim of America’s dark heart. Driven by anger at her mother, who ran from the plantation when Cora was a child, Cora doesn’t waste time imagining the railroad’s miraculous terminus. Her revenge is survival, her mere existence a daily rebuke to the system and to the slave catcher Arnold Ridgeway, whose failure to find the mother only doubles his effort to find the daughter.

But if Cora is the hunted, she also learns some hunter’s tricks. In South Carolina, she gets a job at the Museum of Natural Wonders, playing a live mannequin in dioramas of African and slave life. After several weeks of performing for white spectators, she happens on the satisfying reversal of staring back:

She got good at her evil eye. Looking up from the slave wheel or the hut’s glass fire to pin a person in place like one of the beetles or mites in the insect exhibits. They always broke, the people, not expecting this weird attack, staggering back or looking at the floor or forcing their companions to pull them away. It was a fine lesson, Cora thought, to learn that the slave, the African in your midst, is looking at you, too.

On Aug. 2, Oprah Winfrey announced The Underground Railroad as her latest book-club pick. It may be her most consequential, as the tenure of the first black U.S. President draws to a close in an atmosphere rooted in the persistent inequities of centuries past. The novel’s first chapter describes the many times Cora’s grandmother Ajarry changes hands, from her capture in Africa to her death on a Georgia plantation. “Know your value and you know your place in the order,” the narrator writes. Ajarry learns her place. In her fight for freedom, Cora learns to defy it. 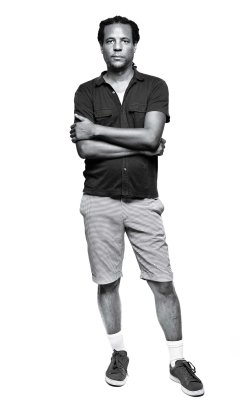 6 Questions for Colson Whitehead, Author of The Underground Railroad
Next Up: Editor's Pick