Mourners carry the casket of Karina Vetrano from St. Helen's Church following her funeral in Queens, New York on Aug. 6, 2016. Vetrano was killed while running alone during daylight hours through a Queens park the previous week.
Steven Sunshine—AP
By Mahita Gajanan

The family of Karina Vetrano, the 30-year-old jogger who was found murdered last week, has raised more than $130,000 in hopes of obtaining information about her killer.

The funds were raised through a GoFundMe page set up by her family and five “members of the Howard Beach community” where Vetrano lived. The page said the money it raises will supplement the $20,000 currently being offered by the New York Police Department for information about the murder.

“We need your help in bringing this vicious animal to face the most sever punishment allowable by law,” the GoFundMe page said. “Every dollar from you will help to bring her family and our community one step closer to the only thing that can help now and that is an arrest and conviction.”

Vetrano was found dead on Aug. 2 about 15 feet from a jogging trail in Gateway National Park in Queens, New York, after her father called police because the 30-year-old didn’t return from her run, police said. New York Police Chief Robert Boyce said evidence suggests Vetrano was sexually assaulted and strangled to death, according to PEOPLE.

“It is magical that we have raised this much money in less than 24 hrs,” an update on the GoFundMe page said. 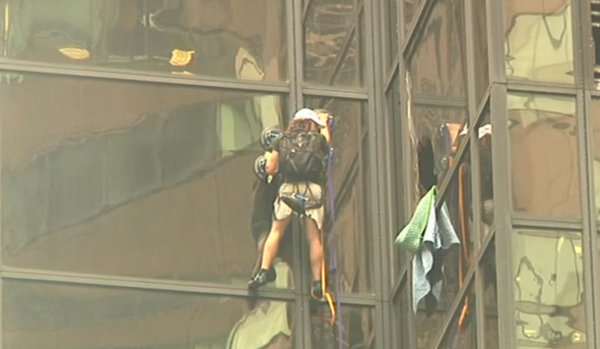 ‘Suction Cup Man’ Scales Trump Tower and Everyone Loves It
Next Up: Editor's Pick