In a telephone call with Donald Trump last week, Republican National Committee chairman Reince Priebus laid out his concerns with the direction of the GOP nominee’s campaign, according to two Republican officials. On the call, Priebus informed Trump that his campaign seemed to be headed toward failure and that changes were needed to get back on track.

The officials said Priebus described to Trump internal party polls that show his campaign headed in the wrong direction. Priebus told Trump that he would have been better off had he spent the days since the Republican convention at his Mar-a-Lago Club, officials said.

The possibility of Republicans effectively abandoning Trump by prioritizing voter outreach for down-ballot races now haunts his presidential campaign. In the last two weeks, Trump has suffered a deep dive in public polls amid a number of controversies caused by his own public statements .

Priebus and Trump talk frequently, with the party chair urging Trump for months to professionalize his operations and campaign. But the tenor of the calls turned more frank and frustrated last week as Trump’s campaign slide continued. The officials said Priebus explained to Trump that he had a responsibility to the entire Republican Party, not just the presidential nominee.

With the party seeing record numbers of ticket-splitting voters in its internal and public polls, the GOP is facing a decision about whether to prioritize outreach to those voters who would never vote for Trump but remain open to supporting its Senate and House candidates. The end result could be the party expending resources to turn out voters who will vote for Hillary Clinton but also back Republican Senate incumbents like Marco Rubio in Florida or Rob Portman in Ohio.

With early voting beginning in mid-September, Priebus told Trump he doesn’t have much time to reverse his polling slide, the officials said. Priebus reinforced a longstanding plea to Trump to stay on message—a goal that remained elusive more than a week a later as Trump’s economic speech was quickly drowned out by comments viewed by critics as promoting political violence.

Read more about the exchange in the new TIME cover story.

Correction: The original version of this article incorrectly characterized a telephone conversation between Donald Trump and Reince Priebus, based on information from Republican officials. The Republican National Committee has acknowledged the possibility of redirecting its resources, but a spokesperson says Priebus did not explicitly convey that possibility to Trump in that phone conversation. 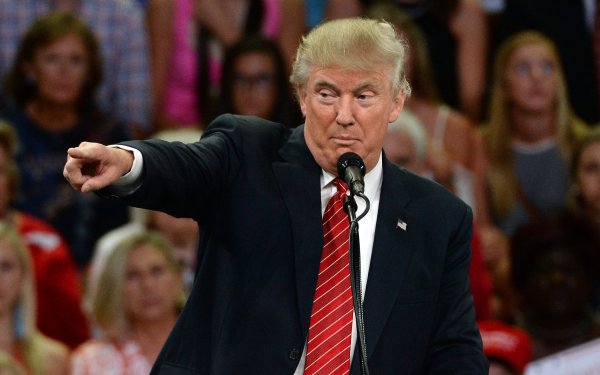 5 Times Politicians Got in Trouble For Threatening-Sounding Comments
Next Up: Editor's Pick