Why Olympic Swimmers Win the Most Medals

Michael Phelps may collect gold medals like they’re Brazilian centavos, but he’s not the only swimmer dominating the all-time medal tally. While no other Olympian has won more medals than Phelps, his fellow swimmers account for eight of the top 10 spots on the list of America’s most-decorated Summer Olympians.

The reason is simple: U.S. swimming has long been strong and the sport has ample opportunity to win medals. Whereas a sport like basketball offers only one one set of medals for men’s and women’s teams, swimming will give away 102 medals to men and women in Rio. Track and field (or athletics, in official Olympics parlance) offers more, at 141, but swimmers tend to be more versatile than track athletes, who are either sprinters or long distance runners but not both. Swimmers learn all four strokes and tend to be comfortable with at least a couple, which means they’re entering more events. They can also compete in different distances, and let’s not forget the relays. If you throw in more than one appearance at the Olympics, the numbers start to add up. Oh, and any swimmer who competes on a medal-winning relay team––even if they only swim in a preliminary heat and the not in the final––also gets some hardware. The same is true in track relays, but again, swimmers are more likely to be racing in wider variety of events.

Globally, however, gymnasts dominate the top 10 all-time medal winners. Again, it’s because a talented gymnast has a chance to win as many as eight medals for men and six for women. Gymnasts compete in not only the team and individual all-around competition, but in event finals as well; men compete on six apparatus while women compete on four. 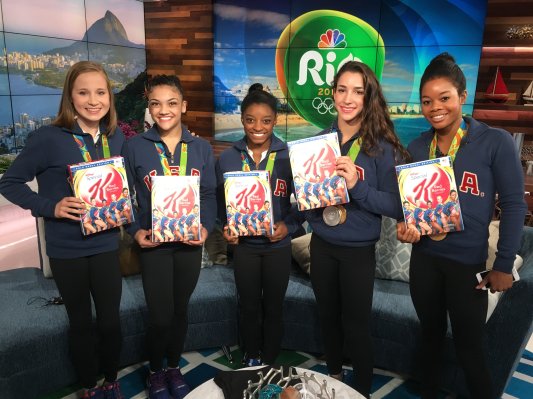