Why the American Dream Is Making You Unhappy

Getty Images
Ideas
By Ruth Whippman
Whippman is the author of America the Anxious: How Our Pursuit of Happiness is Creating a Nation of Nervous Wrecks, out Oct. 4

“Manhattan is a tough place,” says Donald Trump in the voiceover to the opening credits of The Apprentice. “If you’re not careful, it can chew you up and spit you out.” The camera cuts to a homeless man lying prostrate on a bench, presumably to underscore The Donald’s message that the man really should have been more careful. “But if you work real hard, you can really hit it big, and I mean really big,” he continues. Cue montage of Trumpian bigness, private planes, fancy parties and a series of objects emblazoned with the word TRUMP in gold letters.

This short sequence is essentially the Cliffs Notes for the American Dream. Hard work will lead seamlessly to stratospheric success, while homelessness is essentially just another word for carelessness.

This story, or some version of it, is the mighty engine that propels the American experiment. Greatness is within all of our grasp, and there are no problems, just “opportunities.” (The filthy bathroom in my local supermarket actually displays a sign saying: “If this restroom fails to meet your expectations, please inform us of the opportunity”—as if reeking puddles of urine are merely an inspirational occasion for personal growth.)

It’s the basic trope of every inspirational meme, every graduation speech. Reach for the stars. Never give up. Be the hero of your own life. Little by little, the American Dream has become the American Basic Expectation.

As a Brit in America, all this star-spangled exceptionalism feels alien. There is no “British Dream” (other than a nice cup of tea, and someone else’s misfortune). Telling a British toddler that they, too, could one day be Prime Minister would likely give them nightmares. Even the actual U.K. prime minister probably didn’t grow up dreaming of becoming prime minister.

At its best, the American Dream can be both moving and inspiring, but it is also problematic, not least because it is largely false. Research shows that in reality, American social mobility is among the lowest in the developed world. Far from being the Land of Opportunity, a child born poor in America is more likely to remain poor than in any other comparable country. The fact that Trump’s own rags-to-riches tale featured a likely inheritance in the tens of millions from his father, is relatively typical. An estimated 40% of the billionaires on the Forbes billionaires list also inherited a sizable portion of their wealth.

But because the insistence that this is a meritocracy has been so deeply ingrained, we have internalized the idea that we are all exactly where we deserve to be. In this story, success is the result not of luck or privilege, but our own personal qualities, talents and hard work. Similarly, failure can never stem from systemic obstacles or difficult circumstances—the fact that good jobs are increasingly scarce, wages are hitting poverty levels and rents are sky-high—but is simply a mark of personal inadequacy. The man on the park bench isn’t homeless because the system has failed, but because he has.

While Americans are wonderful at big dreams (you can become the President!), they are surprisingly bad at more modest ones (you can have paid vacation/ affordable healthcare/ a fair wage.) It is a genuine possibility that an American woman might make it to Mars before she gets federally mandated paid maternity leave. But in reality, the bulk of our wellbeing is not made up from the remote possibility of stratospheric success but from these more low-key aspirations.

On a more personal level, the subtle insistence that we should somehow all be striving for greatness can be surprisingly psychologically corrosive. One of the defining measures of happiness is the size of the gap between our expectations and our reality. The American Dream has become the mass production of unrealistic expectations. The constant thrum of the “you can be anything you want to be” mantra has created a low level sense of inadequacy and anxiety in American life, where anything short of greatness can start to feel like failure.

But really, small concrete, gains are as important, if not more important to our happiness than big dreams. So perhaps our next generation of graduation speeches should encourage us to do something truly inspirational. Dream small. 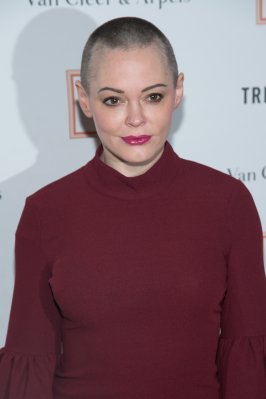