Joseph E. Stiglitz and Mark Pieth: Why We Left the Panama Commission

Ideas
By Joseph E. Stiglitz and Mark Pieth
Joseph E. Stiglitz (@JosephEStiglitz) is a University Professor at Columbia University, the 2001 recipient of the Nobel Memorial Prize in Economics, a former chairman of the Council of Economic Advisers, and a former chief economist of the World Bank. His latest book, “People, Power, and Profits: Progressive Capitalism for an Age of Discontent,” will be released in paperback on April 21.

Twenty-six years ago, as the U.S. invaded Panama to overthrow the narco-President Manuel Noriega, Panama’s reputation hit a nadir: a drug center where criminality reached to the highest level. Since then, the country has made great strides in restoring its reputation, though it remained one of those off-shore “fiscal paradises” where secrecy served well those who were engaged in tax evasion and money laundering. Even here, Panama was making great improvements.

Its location made it extraordinarily well-suited as a logistics hub for the Americas. It has taken advantage of this position, with its airline Copa establishing itself in Panama City as a major hub for international travel. The expansion of the Canal, inaugurated on June 26, represents another milestone, though questions have been raised about its safety, quality of construction and economic viability. These were alternative business models—Panama didn’t have to be a hub for tax evasion and money laundering, and honest people knew it. Indeed, the kinds of activities that secrecy fostered had a corrosive effect on society.

That’s why we were excited when the Government of Panama asked us, in the wake of the Panama Papers scandal, to be members of a Committee of Experts to evaluate and recommend for adoption measures to strengthen the transparency of its financial and legal system. (Stiglitz was chosen to chair.) Perhaps what Panama would do, what our Committee would recommend, would serve as a model that other such centers of secrecy could follow. The inauguration of the Committee in Panama City by the President, before an assemblage of ambassadors and other dignitaries, seemed to signified the President’s commitment. From there, though, things went very quickly downhill.

Missives from the intermediary between the Government and the Committee suggested that there might not be full transparency of the Report, so at the first full meeting of the Committee in New York, in June, we demanded that if the Committee was to proceed, the Government had to commit to making the report public, whatever its findings. We recognized that the Government might want to take time to form a response. How could a committee whose purpose was to further transparency be itself anything less than transparent? But we were puzzled as weeks passed with no response. We were then astounded when the government refused to provide these assurances, and instead reminded us, by the terms of the Decree establishing the Committee, that it alone was responsible for publicizing the findings—and presumably interpreting what they meant. International standards are changing rapidly—for the better—and our Committee was set to recommend that Panama would have to take big steps to keep abreast. Panama had been a laggard. To catch up to global standards it needed, for instance an effective Freedom of Information Act, which would have the dual effect of ensuring that the Committee’s Report would be in the public domain. When the government couldn’t assure transparency, we had no choice but to resign.

We can only speculate on what happened. Was it always intended to be a PR stunt, and they miscalculated our commitment to fighting corruption? Did the forces for secrecy finally prevail? (ICIJ, the investigative group that broke the Panama Paper story, reports the close connection between the President and the financial services industry.)

What were they afraid of? In our initial meeting, there was resistance by some Panamanian members of the Committee to the international standard on exchange of tax-related information, entailing a multilateral agreement that such information is exchanged automatically, but in the weeks following our meeting, the government agreed to that.

Panama has made important strides in transparency legislation in other areas. Perhaps they worried that we would note large gaps between talk and action, between the legislation and enforcement. Were they worried that we might verify that Panama’s tax-free zones were being used for money laundering, and that we might recommend higher standards for those allowed to receive preferential tax treatment, which should be viewed as a privilege, not a right?

Panama has been at the center of the registration of thousands of secretive corporations, which facilitate money laundering, corruption, tax evasion and other illicit activities. Fighting these activities requires creating a searchable registry of the ultimate beneficial owner of each corporation, available at a minimum to certain authorities. At our initial meeting, some Panamanians too showed resistance to this idea—one which would perhaps undermine the business model exposed by the Panama Papers.

The key issue facing the international community today is what sanctions should be imposed on pariah and rogue states which violate international norms, and whose secrecy facilitates crime, corruption, tax evasion, and money laundering. These secrecy-havens only exist because the U.S. and Europe allow it: they could not function were they cut off from our financial system. Panama has failed to do its part to ensure transparency. Now it is time for us to do ours.

Joseph E. Stiglitz is a Nobel laureate in Economics, University Professor at Columbia University and Chief Economist of the Roosevelt Institute.

Mark Pieth is a criminologist at the University of Basel. He chaired the Organization for Economic Cooperation and Development’s Working Group on Bribery for 24 years, and was a member of the Volcker Committee investigating the UN’s Oil for Food Program in Iraq. 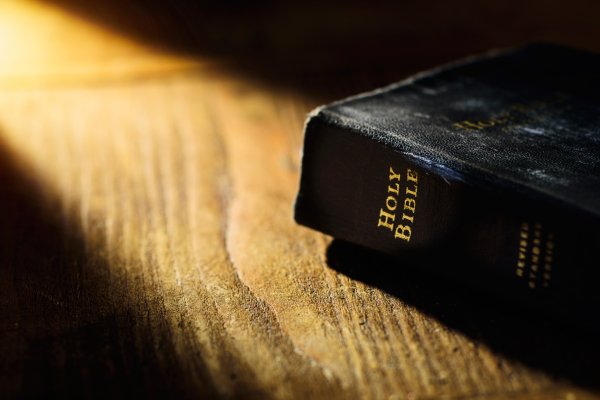 I’m a Christian With Stage IV Cancer. I Want Death With Dignity.
Next Up: Editor's Pick