Exclusive: Why These Cities Are Leading on Clean Energy

Cities large and small are leading the charge on the country’s transition to clean energy, driven by concerns that range from air pollution to the need to create jobs, according to a new report from the Sierra Club.

The report, part of the Sierra Club’s Ready for 100 campaign that is pushing cities to transition to 100% renewable energy, underscores the role urban areas play in addressing climate change. Cities produce more than 60% of the world’s carbon dioxide emissions, according to a United Nations report, and which makes urban zones a key point of leveraging fighting global warming.

But addressing climate change is often not the reason that cities accelerate their push to clean energy, according to the Sierra Club. In San Diego, one of the country’s most conservative big cities, a Republican mayor committed to transitioning to clean energy by citing how the commitment will help expand the city’s clean tech sector. Leaders in Aspen, Colorado cited climate change’s effect on the local economy: global warming has detracted from the local ski industry.

Read More: What Do Donald Trump and Hillary Clinton Think About Science? Researchers Want to Know

“No two cities will do this for the same reasons or get there the same ways,” says Jodie Van Horn, director of the Sierra Club’s Ready for 100 campaign. “Cities are the canaries in the coal mine for the fossil fuel industry as they move to 100% clean energy, so will the country.”

The cities in the report show the many different ways urban areas are working to reduce greenhouse gas emissions. The majority of the cities’ plans include promoting energy efficiency. Some programs focus on requiring more efficient components in buildings while seeking to change behavior through public awareness campaigns. Some cities located in areas with abundant resources like wind and sun—such as Georgetown, TX—have focused largely on switching to renewables, as much for the economy as for the environment.

“I’m probably the further thing from an Al Gore clone you could find,” says Jim Briggs, Georgetown’s interim city manager in a statement. But “we did [wind and solar] to get a competitive rate.”

City’s energy policies play a significant role in countries across the globe, but they will be particularly important in the U.S., where local authorities wield significant control over energy and environmental regulation. They’ll need to pick up the slack while President Obama’s Clean Power Plan, which sets standards for reducing carbon dioxide emissions from power plants in individuals states, remains on hold pending review by the Supreme Court. 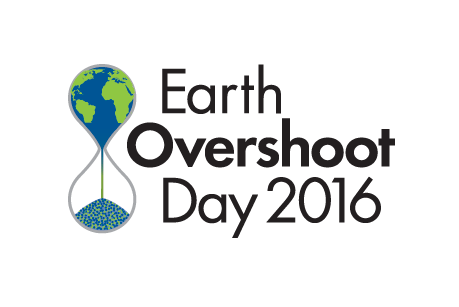 Humanity's Used Up A Year's Natural Resources Budget Faster Than Ever
Next Up: Editor's Pick