Why Bill Clinton Signed the Welfare Reform Bill, as Explained in 1996

During President Bill Clinton’s first term in office, much of the United States took for granted that there would be welfare reform of some sort. The question was what it would look like. The answer came 20 years ago, on Aug. 22, 1996, when Clinton signed the Personal Responsibility and Work Opportunity Reconciliation Act.

President Clinton had promised as much during his first run for the White House in 1992, coming out of a recession that had led to a 33% increase, between 1989 and 1994, in the number of households receiving Aid to Families with Dependent Children. A TIME/CNN survey in 1994 found that 81% of respondents wanted “fundamental reform” to the welfare system, and a slightly higher percentage believed that the system already in place discouraged needy people from finding work.

Several proposals emerged out of the discussion. The most out-there plan, known as Talent-Faircloth, included a stipulation to deny any benefits to women who had children out of wedlock before the age of 21, sending that money to orphanages instead. The others varied but the ones in play were largely focused on making sure that people couldn’t make an active choice to be on welfare rather than working. Meanwhile, many on the left hoped that change would come in the form of more support for families, not a system that they saw as, in the words of Barbara Ehrenreich, “an implicit attack on the dignity and personhood of every woman, black or white, poor or posh” for the way it played on the stereotype of the welfare mother.

By 1996, however, especially after the midterm election of 1994 moved the federal government to the right, with the next presidential election approaching and and two vetoes of previous Republican-crafted welfare bills under his belt, Clinton seems to have been out of options. He himself was said to have remarked that it was “a decent welfare bill wrapped in a sack of s–t,” but, as TIME reported, he signed:

As TIME explained, that bill limited welfare to five years, required recipients to work, required unwed teenage mothers to live with their parents, and much more. Today that bill is seen by some as a failure and by some as a success.

At least one potential problem with it was immediately clear. Even though the national welfare reform bill wasn’t signed until August of 1996, a pilot program in Wisconsin had gone into effect the year before. And while the 1996 bill was still new, it had already exposed a serious problem with the way so-called “workfare” was being implemented: if a state required mothers to work in order to receive benefits but did not adequately increase daycare options to match, children could be put at risk. Soon, those consequences were felt across the country: in 2000, in Tennessee, three babies died when they were left in vans by daycare workers at underfunded, under-regulated and overburdened daycare centers.

A 2002 study found that the effects of the 1996 law were that while “toddlers in day-care centers cognitively outpaced their peers in home settings by three months or more” and “mothers’ earnings rose modestly,” as TIME explained it, “many still lived in roach-infested housing, had to skimp on food and spent fewer hours singing and telling stories to their children.” 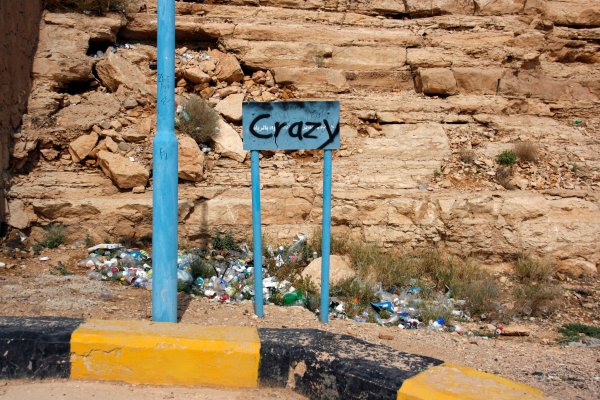 Stop Using the Word Crazy in Arguments
Next Up: Editor's Pick