After winning Tuesday night’s 200-meter fly final of the Rio 2016 Summer Games, Michael Phelps stood atop the Olympic podium to be awarded his 20th gold medal. But as the United States national anthem played, the 31-year-old swimmer suddenly burst into laughter, causing many to wonder what was so funny.

Luckily, following his second gold of the night for the 4×200-meter freestyle relay, Phelps let everyone else in on the joke. Sports Illustrated reported that during an interview with NBC, he explained that his hometown friends had been the reason he couldn’t keep a straight face.

“My boys from Baltimore were down on the other end, and back in Maryland, we all say “O!” for the Orioles during that part of the national anthem,” Phelps said. “And all of the sudden I hear them roar “O!,” and I knew exactly where it came from, and I just lost it because those guys came down from Baltimore and New York City to be here, and it’s just special to see those guys in the stands.” 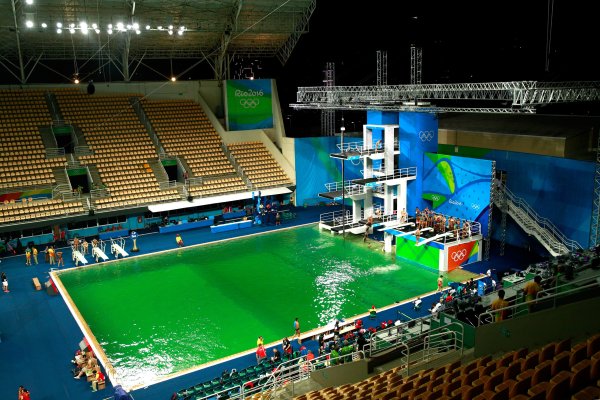 Here’s Why the Water in the Rio Olympics Diving Pool Turned Green
Next Up: Editor's Pick