The Next PlayStation May Be Unveiled On September 7

The invites are out: Sony says it’ll host a media event on September 7 in New York to share “details about the PlayStation business.”

Though that’s all they’re saying, the presumption is that this is PlayStation Neo’s outing after Sony Interactive Entertainment boss Andrew House confirmed to the Financial Times in June that the system was coming. “Neo” is the official codename of the next PlayStation–a significantly more powerful yet fully backward-compatible version of the PlayStation 4.

We know little officially about Neo, save that it’ll be more expensive than the $350 PlayStation 4, that it’s aimed at high-end gamers who want 4K content and that all Neo games will work on existing PlayStation 4s. House also confirmed Neo would support PlayStation VR (the company’s virtual reality headset due October 13). He also said the primary reason Sony didn’t unveil Neo at the annual E3 trade show in June was “to ensure we have a full range of the best experiences on the new system that we can showcase in their entirety.”

What about Gamescom, Europe’s own annual gaming shindig in Cologne, Germany that eclipses E3 in overall size and number of attendees? That kicks off August 17 and runs through August 21. The thinking was that we might see Neo unveiled there instead. But Sony told Jeux Video last month that it wouldn’t hold a press event during the show, all but eliminating the chances of that show being Sony’s choice for Neo’s feting.

And September 7 could be even nuttier if rumors that Apple may unveil its next iPhone on that day bear out. 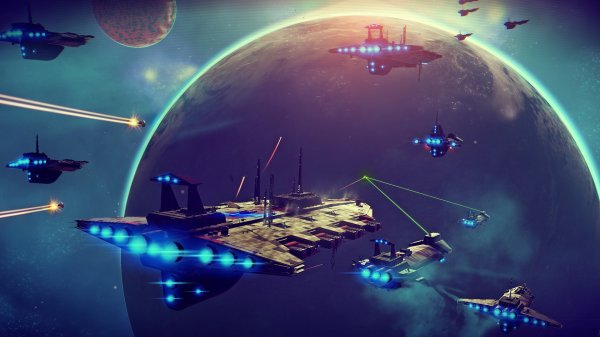 Review: 'No Man's Sky' Isn't What You Wanted. Thank God
Next Up: Editor's Pick