Philippine President Rodrigo Duterte speaks during a press conference in Davao City, in southern island of Mindanao on May 26, 2016.
AFP—AFP/Getty Images
By Melissa Chan

Philippine President Rodrigo Duterte insulted the U.S. ambassador to his country, calling him “gay” and a “son of a whore” in recent televised remarks.

Duterte, who took office in June after serving as the mayor of the city of Davao, openly spoke about his rocky relationship with U.S. Secretary of State John Kerry’s ambassador, Philip Goldberg, acknowledging that he is “fighting” with Goldberg in an interview that aired in the country Friday, The Guardian reports.

“His gay ambassador, the son of a whore. He pissed me off,” Duterte said in Tagalog, according to the newspaper.

The leader of the Philippines, who has been known to make controversial statements, said Goldberg “meddled” during his presidential campaign.

Goldberg had criticized Duterte on the campaign trail over comments Duterte made in 1989 regarding the rape and murder of an Australian missionary in a prison in Davao while he was mayor, CNN reports. “I was angry she was raped, yes, that was one thing. But she was so beautiful, I think the mayor should have been first. What a waste,” Duterte said at the time, according to CNN. 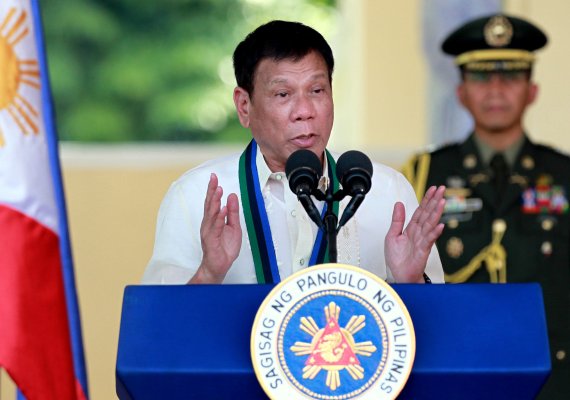 Philippines: Duterte Threatens 'Martial Law' in War on Drugs
Next Up: Editor's Pick